As workers return to the office, history suggests men might finally shed their suits and ties

The summer break is over, marking a return to the office. For some, this ends almost a year of working from home in lockdown.

Some analysts are predicting it might also mark an enduring shift in how we dress for success.

It’s not the first time in Australia’s history the return to ‘normal’ life after times of turmoil has prompted calls for more comfortable dress.

The suit — quintessential men’s business dress for more than a century — has sat at the heart of these debates.

What we dress in speaks of our occupation as much as it shapes how we work: a collar that is blue or white, a singlet, or a suit.

The history of the suit is also tied to ideas of masculinity, class, modernity and fashionable consumption.

Is it time men swapped the suit for something more relaxed?

The birth of the business suit

Young men moved away from formal professional attire of top hats and frock coats — cut with hems that fell to the knee — in the 1870s. 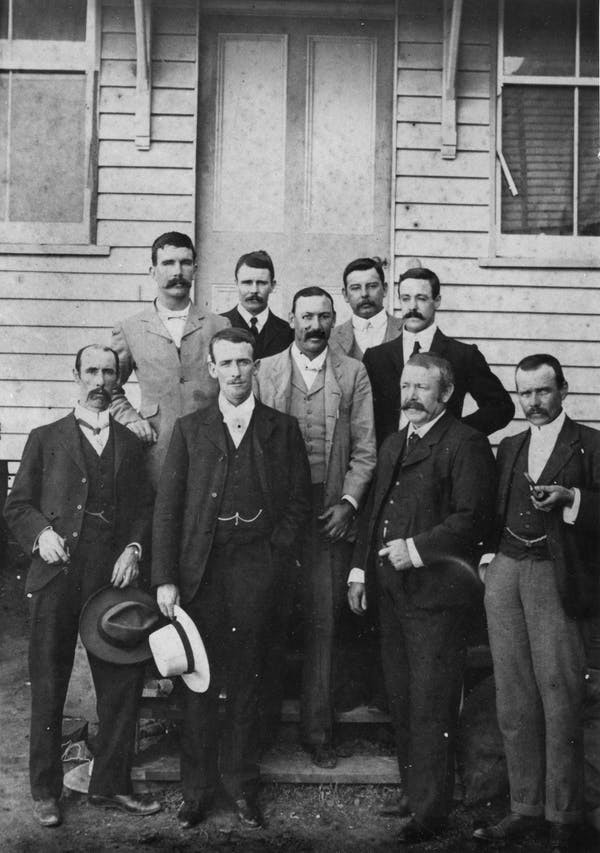 Group of bank managers, stock and station agents dressed for work but not the weather, circa 1900. Source: State Library of Queensland.

By the turn of the century, three-piece suits cut from the same dark-coloured woollen cloth were worn for work.

These became known as business suits. They are strikingly similar to what we see businessmen wear today, though our contemporaries no longer wear them with stiff, detachable collars or watch chains.

Those labouring in the sun or in roles demanding movement stripped back to shirts with their sleeves rolled up, or down to undershirts.

The fascinating history of their transforming workwear deserves a piece of its own.

Many men lamented that suits and ties were hot and stuffy by comparison, particularly in Australia’s summer months. 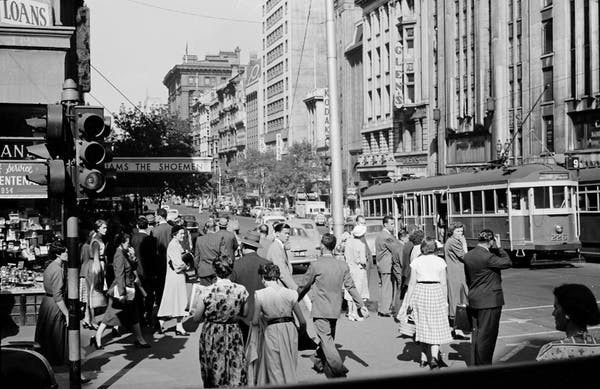 To the office via Collins Street in 1954. Source: Mark Strizic/State Library of Victoria.

There were calls for men’s “dress reform” from the early-20th century.

Dress reform movements were not new at the time, nor were they confined to Australia or to men’s dress.

But war was a catalyst for change, when reformers emphasised health and hygiene over conservative, heavy suits and constrictive, tight collars. The aesthetics of men’s dress — dubbed drab, austere and colourless — also came under question.

As men returned to Australia from the first world war, commentators debated new ideas around colour, comfort and clothing that was better suited to Australia’s climate.

Reformers advocated for different cuts to men’s clothing or swapping certain garments: jackets with knitted jumpers, for example, or stiff collars for looser versions that freed the neck to move.

But men in the city remained hesitant. Going without jackets and ties was undoubtedly more comfortable, but unprofessional against the dress codes of the day.

As one young city worker expressed in late 1922, it made a man look “as if he were going to a picnic”.

When discussions around dress reform flourished in the aftermath of the second world war, they responded to shortages as much as to dressing for the heat.

“Civvy suits” issued to returning servicemen from 1943 were in short supply. These suits were lampooned and despised when they looked cheap and badly made, but wool mills were stretched to their limits and tailors struggled to keep up with demand.

Into this void, some suggested men adopt sportswear for their return to the office — a more comfortable alternative men deserved after long years of war and austerity. This form of sportswear referred to jackets and trousers sold as separates and worn in different colour combinations, or woollen cardigans and jumpers.

An example was photographed in 1947 for Pix magazine. It captured two young men breezily strolling along Sydney’s Martin Place in open-neck shirts and loose or safari-style jackets.

The photograph’s caption noted that they looked “cool, smart and comfortable” unlike “conservative” men in suits left to “swelter in the heat”.

Though suits continued to be worn by many office workers, this set in place the move towards more casual dress that would resonate across decades to come. 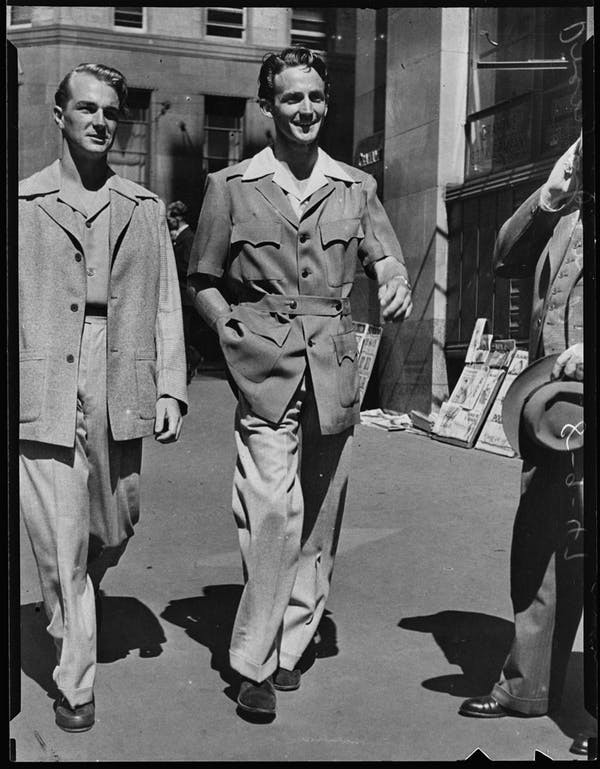 Sales of athleisure and activewear brands spiked in 2020 thanks to massive sales of tracksuits and the like.

The purchase of locally made sheepskin boots also reportedly boomed.

Some forecast our penchant for relaxed clothing will ripple through office dress protocols this year in a move to something akin to casual Fridays.

While it’s unlikely the tracksuit will replace the suit just yet, looser styles, freer tailoring and lighter fabrics would be another step along the path suggested by dress reformers a century ago.

Culture is defined by the actions of managers — or lack thereof

Toxic cultures don’t happen by accident. They are the result of a management team's unwavering and continuous neglect and tolerance.

Clothes the deal: How an on-trend, staff-considered uniform can boost your business

Successful business owners understand the importance of projecting the right look and incorporate uniforms into the business' marketing strategy.