Crawling back: Should you welcome back a boomerang employee? 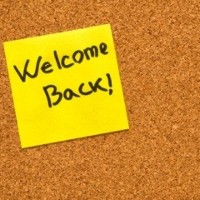 There was a time when businesses big and small avoided re-hiring ex-employees. But now, as two new studies have shown, attitudes are changing and all sorts of organisations are beginning to see the value of welcoming back former employees.

But while employers are embracing “boomerang employees,” is going back really a good career move for the employee?

HR Consultant Anne-Marie Orrock says that from a recruiting perspective returning employees have a big advantage. “You are a trusted and known entity and if you are able to demonstrate that you have grown professionally and personally you have a better chance of being employed at a higher level than you were previously and be further promoted faster,” she explains.

Orrock notes that in some organisations a retuning employee may achieve a “celebrity-like status” with co-workers. “It can be a real boost to your social profile within the organisation internally. Especially to people who have come after you,” she explains.

However, Orrock also points out that like romance, “getting back together” also has its pitfalls. “The initial glow of reunion can quickly die out to be replaced with the same reasons the person left originally, rearing its ugly head again,” she says.

There is a risk that co-workers will undermine a “boomerang employee” especially if their return means they have been passed over for promotion Orrock explains. She also says that the retuning employee may have a lot to prove.

“Even though you may have gained a lot of experience and exposure in your absence I think boomerang employees have to prove it to a higher degree than unknown, new employees,” she explains.

One of the other down sides to returning is that it may feel like taking a step back. This is something that Caroline Lloyd* experienced first hand when she became a “boomerang employee.” Although Lloyd, a communications professional, returned in a more senior position she still felt like she had “movd backwards.”

“Returning reminded me of a time in my life when I wasn’t particularly happy or mature. I really felt that I had something to prove when I went back: ‘Look at how I’ve grown and how I’m not that person anymore’,” she explains.

Another difficulty was the way in which co-workers reacted. “One colleague was obviously unimpressed and said ‘urgh it’s you’,” Lloyd explains.

“It really took me aback and I approached her to talk about it. She said that she had also been in a bad place when we were working together and that seeing me had brought it all back.”

In the end Lloyd found that not much had changed in her absence and in the end the “same politics” led her to resigning for a second time.

Nicole Sanders* had a much more positive reception from colleagues when she became a “boomerang employee” earlier this year. Sanders, a project manager, left her position in a financial services firm in order to pursue a job in the charity sector, a move that she felt would be better aligned to her personal values.

When the new position didn’t fulfill her expectations Sanders realised that it had been a mistake to leave her previous role. Fortunately, her manager had left the door open and offered her a new and more senior opportunity.

Sanders says that the response from co-workers has been “really good.”

“The only difficulty was that the person who replaced me was still there and doing my old job. I wanted to make sure that he didn’t feel like I was stepping on his toes,” she explains.

So what else should you consider before deciding whether or not to become a “boomerang employee”? HR consultant Theressa Hines says it’s important to make an “informed decision.”

“Ensure that you will be provided with the opportunities to use and develop your skill set and that you have the support of your manager,” she explains.

Hines also suggests that it is a good idea to make a plan and be very clear about what you want to achieve.

“For the right reasons a return to a former company, can be a very positive move, personally and professionally,” she says.

* Names have been changed