Entrepreneurial staff: A curse or a blessing? 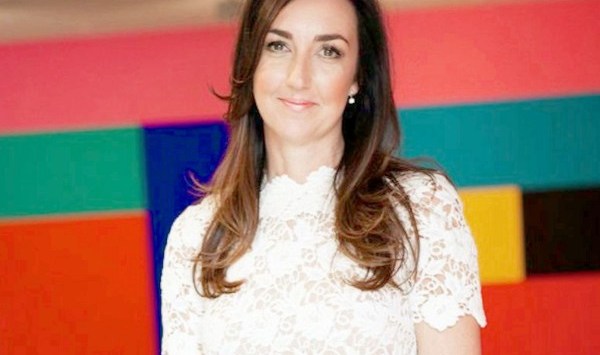 Entrepreneurial staff can be a huge bonus for your business. After all, they can bring a completely new vision into your organisation, and perhaps even teach you a thing or two.

However, some business owners rightfully feel a little threatened by entrepreneurial staff, particularly given that their motivations aren’t always known.

“I give a lot of rope to employees, and like to see what works. I’m not a believer in creating a hierarchy in the office. I prefer everyone to get the same amount of time with the boss to share their ideas, regardless of their position description.”

Burston shared a couple of set questions she asks during the interview process, which she feels gives her a good idea of whether someone is driven, a good communicator and makes good use of their time. She prefers to push a position vacancy out on her social media networks than advertise in a traditional sense, she says.

“I always ask them to share with me what they’ve done over the past 48 hours in great detail, and also which leaders they aspire to be like.

“I haven’t read a CV in a long time because I believe they’re full of total rubbish most of the time. People leave jobs and embellish their positions and what they’ve done, and they’re never authentic,” Burston says.

“We look for people who are driven, passionate and see a difficult situation as a challenge and an opportunity to think creatively to solve a problem, using their initiative and relishing ‘cracking the nut’,” he says.

Depending on the role, a new employee doesn’t necessarily need industry experience, but must be able to demonstrate the essential traits of an entrepreneur – tenacity, determination, diligence and a ‘never give up’ attitude, he says.

He’s a realist, saying he appreciates that at some point, staff will want to go onto something else.

“There have been a number of occasions in other countries where people have taken the experience, expertise and cultural aspects of Criteo and started their own technology business – one of the most recent was one of our founders. The company sees this as a real accolade that people have the confidence to build their own startups following the development and growth they experienced with us,” Crooks says.

Entrepreneurial types are also viewed as an asset at recruitment firm Employment Office.

It actively tries to identify entrepreneurial types within the organisation that could be suitable for its Business Ownership Scheme. The program is a non-franchise model of investing in a share of the business. It allows a leader of a team or business area to invest in their unit, making them a part-owner and entitled to a share of the profits.

The business adopted the program from the Flight Centre seven years ago, with whom it has a joint venture.

Employment Office has 15 Business Ownership Schemes in place at the moment, whereby staff have between $30,000 and $300,000 invested in the business.

“It would be fair to say that 13 of those 15 have been a great success, while two have been fairly flat, though I’d like to point out that they haven’t been financial failures. And they may not have performed so well for other reasons,” he says.

Ability to see things through

Trying to identify entrepreneurial types during an interview isn’t easy.

Dylan Baskind is the co-founder of tech startup Qwilr, which allows users to create webpages with the functionality of documents.

He also likes to actively encourage entrepreneurial minds into his business, saying they’re often self-motivated to achieve at a high level and by-and-large are higher quality candidates.

“In my view, there’s not some complex Myers-Briggs schematic to assessing someone’s entrepreneurial capacities. Rather, the proof is in the pudding. Entrepreneurial personality types tend to be able to point to a series of passions pursued and concrete achievements on creations in their past.”

But entrepreneurialism is much less about the starting of projects and more about seeing things through to some level of conclusion, Baskind rightly points out.

The creative catalyst of the entrepreneurial spirit really needs to be accompanied with drive to make it valuable.

“Most candidates list blogs or projects on their CV, but when you dig a bit deeper, maybe they’ve only got 10 posts on their blog, or that app they built never actually saw a genuine user.”

Entrepreneurial types aren’t paramount in business, points out Qwilr co-founder Mark Tanner, whether you’re a startup or not.

“The key is for both parties to have clear understandings of what the role entails, what they need to get done and how to do it.”

Tanner says there’s no need to jump in head first with a new employee, and that businesses should consider setting up a paid trial with a potential candidate so both parties can get a feel for whether they’re right for the role.

“If one of our team at Qwilr left to start their own company, I think that we’d be really sad to lose them, but appreciate that the desire to strike out on your own path can be powerful.

“However, if they left to do something that was directly in competition with us, then that would be rather troubling. Leaving aside the potential legal issues, if they felt that they weren’t able to actively contribute to the company, or that their vision for the product was being ignored (rightly or wrongly), that would be a failure of management in some capacity.”