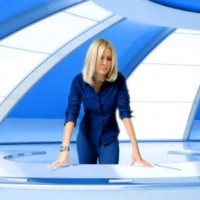 The end of the year is fast approaching, along with a new list of employment trends that will change the job market and your role within it.

Since the ABS standard Labour Force survey began in the seventies, the role of women in the workforce has changed dramatically and so have the jobs. To stay current, it’s more important than ever to keep on top of job trends –- here’s our forecast for 2015.

The death of HR
Increasingly, companies are turning towards current employees to recruit new team members. With recruiters typically charging 15 to 20% of a new employee’s starting salary, this makes good business sense.

Audience insights
Once difficult to measure, “big data” is now appearing on such large scales it’s hard to manage. Gathered by many companies, they are now finding challenges with capturing, curating, storing and analysing this information. Roles are being created to manage this.

Device detoxes
Can you imagine being required to “check in” your devices on arrival at your workplace? Digital detoxing may become a trend here with workers in Japan now paying thousands of dollars to check themselves into 10 day “detox” from their social media and web services.

Social media sentiment
More companies are looking towards social media sentiment as a measurable success metric. Entrepreneur Nyree Corby of online fashion retailer Fame & Partners, says this allows her to deliver a better product. “It’s about investing technology into areas such as our trend-tracking algorithm. Social media offers companies a real-time snapshot of what’s happening with their customers and access to data that was previously unavailable.” Again, new roles will be created to manage this and employees may be expected to track and keep up with this themselves.

Resumes as infographics
In 2015, we could start using infographics as resumes and turn to social media platforms to job-seek. It worked for writer Greg Jericho, who quit his job then credited Twitter with getting him his next role. As he once explained in The Australian: “I think the best thing is how it can be used to build relationships – that’s how I got the job.”

Entrenched casual wear
More offices are embracing casual Fridays every day of the week, a trend that will continue in 2015. As Corby says: “to get the best out of our staff, we need to allow for freedom of creative expression and this extends to beyond sartorial choices, around things like working hours.”

Counter-trending
Traditionally a stockbroking term, trend forecasters counter-trend when they seize on a competitor’s product weakness and emerge with a stronger performing version or creation. Watch for more employers doing this in 2015, and find out how you can stay on top of the game.

Job sharing
The job market is tight and people are looking at job sharing as a way to spread the knowledge, work and tasks. The Department of Education’s Australian Jobs 2014 indicates 30% of the workforce is employed part-time or in job sharing arrangements.

MOOCs and continuing adult study
A massive open online course (or MOOC) is done via open access on the web. 2015 will see the continuing rise of the adult, working learner, choosing to study with free online education or vocational training in an increasingly competitive job market.

Internships
Internships are no longer just for school-leavers. In 2015, people in their 20s, 30s, 40s and beyond are entering into internship arrangements to get the skills and experience they need to remain current and competitive. However, further measures must also be taken to avoid job-seeker exploitation.

Mobile optimisation of websites
The word is in from the US – it’s all about mobile. With customers now requiring information in the palms of their hands, everyone is thinking about how their product or customer experience translates to various devices. Keep your smart phone handy and stay on top of the trend.

Treadmill desks or standing workspaces
The University of Sydney found people sitting for eight to 11 hours a day increased their risk of dying by 15%. Many companies are promoting “active work environments”; corporations such as the Commonwealth Bank and Australian Unity have introduced standing stations, shared “hot desking” and even treadmill desks.

Privacy hacks
Workers in 2015 will become even more concerned with their privacy as they feel more and more exposed by social media, Google Glass and wearable technologies.

Entrepreneurship
Starting her hybrid technology and fashion business, Corby tapped into a $6 million dollar industry, securing a six-figure seed fund from an investor. It was new, innovative and disruptive, and an example of what we can expect to see more of in 2015. “Digital disruption is changing many markets,” she says, “I think Generation Y’s view of the world is shaping this; as a generation that wants more flexibility and empowerment in their life choices.”

Culture fit
In 2015, it’ll be even less about your skills and more about your personality and how you “fit” with the team. Cultural fit is often associated with positive outcomes. A US analysis showed employees who fit well with co-workers and supervisors had greater job satisfaction and were more likely to remain with their organisation.