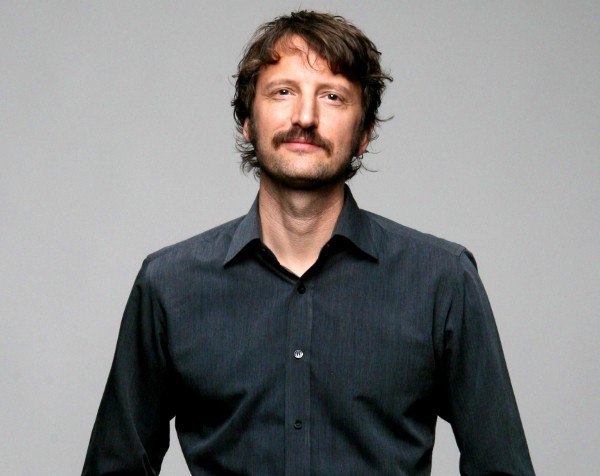 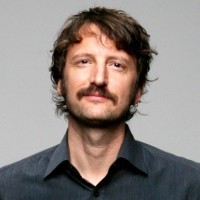 Understanding the way people express themselves in their personal space could help you find the next great hire for your business, or even score that elusive business deal.

Sam Gosling is an associate professor of psychology at the University of Texas and an expert in how people form impressions of others based on their appearance and behaviour. He is also the author of Snoop: What your stuff says about you.

Speaking to SmartCompany ahead of his appearance at a Wired for Wonder event in Melbourne later this week, Gosling says the psychology of space has numerous applications to how businesses are run, especially small companies or individual entrepreneurs who are keen to create and sustain productive workforces and business partnerships.

From understanding why hot-desking might not be working in your office to deciding which of your employees to promote, Gosling says getting a better grasp on the personalities and work habits of the people in your company can be “tremendously helpful”.

How people use space

According to Gosling, people express themselves via physical space in both deliberate and inadvertent ways, including in office environments. Broadly, there are three ways people do this.

The first way is through what Gosling calls “identity claims”. There are deliberate statements people make about themselves, their goals and values and what is important to them.

“The most common example is someone wearing a t-shirt with their favourite band,” Gosling says.

“In the US it’s also quite common for people to put bumper stickers on their car or include a quote at the bottom of their email signature.”

Gosling says these kind of deliberate claims are people saying “hey everyone, this is what is important to me” and while some might assume statements on clothing or objects are just attempts by individuals to manipulate how people see them, he says in most cases individuals are genuinely trying to convey honest impressions of who they are.

Workers also deliberately give social clues about their personalities by how they decorate their work spaces, says Gosling. This might be with a photo of their children on their smartphone screensaver or perhaps a photo on their desk next to their computer screen.

“It’s a physical reminder of something,” he says.

“It’s like if you were hungry, you might snack on something small in the afternoon. The photo tides you over in a sense.”

Gosling says workers who decorate their desks are trying to make themselves feel a certain way and this can be lost if they work in an environment where there is no opportunity to tailor their space to their personality.

And then there are the inadvertent ways workers use their physical space.

“The most obvious example is messy spaces,” Gosling says, admitting his own desk is rather untidy.

But these inadvertent signals are not necessary the product of the worker wanting to make a statement about their personality. Instead, they “tell you about their activity”, Gosling says. It can tell you how the worker behaves over a period of time and speaks to their level of organisation.

The psychology of hiring and promoting

Gosling says understanding how individuals use space can help with any important decision in the workplace that involves some assessment of an individual’s capability, including recruitment and promotions.

When it comes to hiring someone, Gosling says someone’s behaviour or interaction with a physical space is often a better indication of their personality than simply talking to them.

“There are a number of reasons why you might not want to believe them,” he explains.

“They might be deluded about themselves, for example. Or they might have different standards. Think about when you arrive at someone’s office and they apologise because their office is so messy, but when you look inside, it is not messy at all.”

And job interviews present the perfect opportunity for someone to attempt to give a false impression as it is relatively easy to act in a certain way for a short period of time. But given a longer period of observation, Gosling says it will be “almost impossible” for someone to maintain that false impression of their working habits or personality. It is a strong argument in favour of hiring someone on a trial basis first.

“Think about your space as a crystallisation of weeks or months of behaviour,” Gosling says.

“If you are employing someone or deciding to promote someone, you want to know how they behave on a consistent basis.”

Workers applying for a promotion also have a strong incentive to create false impressions about their abilities, says Gosling.

There are also implications for how you choose to design your office. Hot-desking or sharing work stations is an obvious example.

While Gosling says some workers will thrive in the more lively environments created by hot-desking, for those workers that need the physical cues on their desk to feel comfortable, the effect may be the opposite.

“They might not feel as attached to a place,” Gosling says.

“In a superficial sense, it might be cost-effective or cheaper to run, but it’s not so cost-effective if job satisfaction goes down and people don’t stay as long in their jobs.”

It is the same for open-plan offices, Gosling says: “Some people find them too distracting.”

“Most people, especially new entrepreneurs, want to get the most from their workforce, it is incredibly important. But most offices seem to be designed by engineers.”

“We are humans with eyes in the front of our heads and if you watch people walk into a café, they all want to go sit in a corner with their backs to the wall. But most office cubicles are the exact opposite to that.”

“Having people walk behind us all the time is just nuts.”

He says this is likely to create anxiety and mean workers are slightly less productive, even if it is not in an obvious way.

Gosling says business owners and entrepreneurs can also use the psychology of space when thinking about the impressions they create for potential business partners and clients.

He says research shows individuals who are judged to have a high level of conscientiousness or are highly organised and task-focused because they have well-organised personal spaces, are also often assumed to be highly agreeable.

While this can work in the negative – Gosling warns business owners not to incorrectly assume just because someone is neat that they are kind – presenting a neat and organised space to a potential client or partner could work in your favour.

People who create distinctive or unique spaces that are inviting are also usually judged to be open to new experiences, while those with a diverse range of objects in their space, whether it is a range of different books on their bookcase or music they listen too, are generally perceived as being creative thinkers.

At the end of the day, Gosling says it is in everyone’s best interests to give a true impression of themselves, whether they are an employer or employee.

“There is a lot of research that shows people want to be known,” he says.

“If you can let me know what you’re like, what’s important to you, and I feel that I do know you, our interaction will be better and the world can be a more predictable place.”

His advice is to let those around you, especially your employees, have some way of expressing themselves. And to not assume one approach to office design or performance management will suit everyone.