How to deal with team members who don’t get along 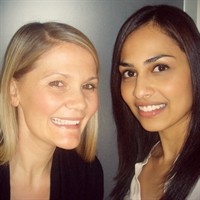 Team dynamics can be both your competitive edge and Achilles heel in business.

Having to deal with team members that don’t get along with one another can put a massive downer on your day-to-day work and the team’s overall capability, not to mention be completely exhausting to manage!

The reality is that team members are dependent on each other for success, so it’s important that they establish strong and reliable working relationships with one another, whether they like each other or not. Of course, it helps if they do, so taking into consideration team-fit during the recruitment process is one way you can help avoid negative team dynamics.

Unfortunately, these things aren’t always easy to predict. Even when you’ve considered team fit early on and think you’ve made the perfect hire, any given event can cause conflict within your team between two or more individuals.

I don’t think we’ve ever come across a business where certain team members didn’t always get along with one another. It happens – personalities are likely to clash and you’re not expected to be besties with everyone you work with. What is expected, however, is for employees to put their personal differences aside in order to build productive working relationships to ensure successful business outcomes.

When there’s conflict between certain members of your team, the effects on productivity, team morale, general engagement and even company reputation can be pretty damaging. Every business has its share of internal drama and politics – some more than others. However, as a business owner or manager of a team, it’s important that you monitor the health of your team dynamics and try to minimise the drama and politics when/if all of your employees don’t get along.

It’s often pretty obvious when certain individuals in your team aren’t working well together – if you don’t notice, your team definitely will as they’ll be the ones that are likely caught in the middle. This can’t be a fun environment for anyone to work in, having to deal with all of the negativity. Apart from being a disruption to the individuals involved, it can be incredibly disruptive to the overall team where they’re forced to play peacekeeper and work around the conflict in order to avoid getting involved.

So what should you do if certain members of your team aren’t playing nice with one another?

Firstly, don’t ignore the problem in the hopes that it will go away. It won’t. It will need some sort of intervention in order to be resolved.

This can be as simple as sitting them down and having a discussion about your observations. Allow the employees involved to tell you their version. It’s important to understand their reasons for acting the way they are – this could lead to uncovering issues beyond team dynamics such as the fact they’re struggling in their role, a lack of engagement in the business, personal issues, etc.

Be clear on what’s expected of them in terms of how they need to behave towards one another. This is where having things like a code of conduct comes incredibly handy. Be really clear on the behaviour that won’t be tolerated and outline how it has affected their performance and the overall team’s performance also. This will help keep things objective and business oriented rather than a personal attack. They may also need a friendly reminder that they’re in a professional working environment and not in high school.

Make the employees involved accountable for sorting out their differences by gaining suggestions from them on what needs to be done to resolve the conflict and improve working relationships.

This could involve a number of different things. For example, raising awareness of different communication styles in order to tailor their own to one another better and defining new processes for working together that they can both agree on. If the conflict has arisen because one team member isn’t given the relevant information from another team member to effectively do their job, then put in place more regular meetings or timelines to deliver relevant information such as “all content for design needs to be submitted two weeks prior to the delivery deadline”.

Finally, refocus their attention on more exciting things in their role to re-engage them in the workplace and ultimately make them happier at work. This could give them the perspective and motivation they need to step out of the drama and take a different, more productive approach to work and their working relationships.