Lorna Jane pulls job ad for receptionist and “fit model” with bust and waist requirements: Be careful what you recruit for 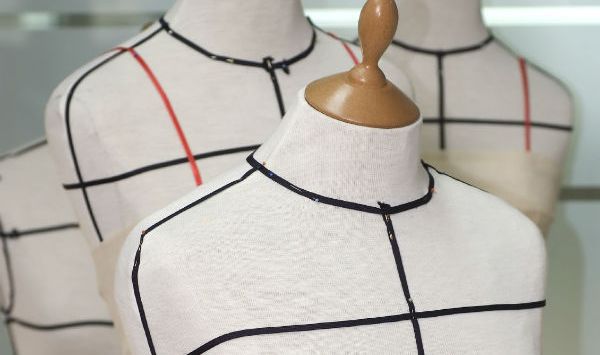 Activewear brand Lorna Jane has raised a few eyebrows today, after an advertisement for a “receptionist/fit model” was quietly taken offline.

The ad, which one employment law specialist has described as having “sailed a bit close to the wind”, was for a position at the Lorna Jane head office in the Brisbane suburb of Eagle Farm.

A copy of the ad, published by SmartCompany’s sister publication Crikey, specified the applicant “must” have a specific body size to undertake the duties of a fit model, including a bust of 87-90 centimetres, a waist of 70-73 centimetres, a hip measurement of between 97-100 centimetres and height of at least 165 centimetres.

Lorna Jane said the applicant would need to have these measurements in order to “provide feedback on Lorna Jane products in a size small”.

Apart from being patient and potentially having to stand for long periods of time, the applicant would not need to have any experience to undertake this part of their job.

However, a list of specific skills was listed for the receptionist aspect of the job, including experience as a receptionist position, strong administration skills, excellent communications skills and proficiency in MS Office suite.

When asked by Crikey why the company removed the ad, a spokesperson for Lorna Jane said the job ad was taken down because the company received “a fantastic response, with a large number of applicants responding straight away to be part of our team”.

The spokesperson said the term “fit model” doesn’t refer to a job applicant’s fitness level but to making sure the garments they are trying on are “true to size”.

“As a fit model is only required in a part-time capacity, Lorna Jane felt it appropriate to combine this position with the part-time receptionist role, which is also currently vacant,” the spokesperson said.

“This combination will be hugely beneficial for the brand allowing the successful applicant to liaise directly with customers on a day-to-day basis, receive their feedback and allow Lorna Jane to deliver an even better product to benefit our customers and their active lifestyles. There are a number of positions within our business that combine roles to accommodate the needs and interests of our staff.”

But workplace law specialist Peter Vitale told SmartCompany the advertisement “almost looks like a job ad for a receptionist in the 1960s”.

While Vitale says it “goes without saying you can’t advertise a position where the requirements will amount to unlawful discrimination”, he says there are certain exemptions under state and federal laws in limited circumstances.

For example, a cleaning business may be able to specify it is seeking to employ a person of a particular sex to clean either male or female toilets. Other examples include positions such as supervising the change rooms in retail stores, or employment sites where workers require accommodation and there are no provisions for separate accommodation for men and women. Television and film companies may also be able to specify the gender of the person they wish to hire if it relates to the authenticity of a particular part.

While Lorna Jane did not specifically say it was recruiting for a woman, Vitale says it is likely the company included the specific body measurements in the ad because it believes only women have the characteristics needed to measure its clothing.

He also says if Lorna Jane was looking to rely on an exemption that allows employers to specify the gender of the employee they wish to hire, “the way they have structured the ad hasn’t done them any favours”.

“Because it’s for a receptionist as well, the ad probably sailed a bit close to the wind,” Vitale says.

Vitale says business owners who believe they have a position that can only be filled by a member of one sex should first carefully consider if a member of the opposite sex can complete the work.

But even more importantly, he recommends businesses seek either their own legal advice or contact the relevant human rights body before they advertise the role.