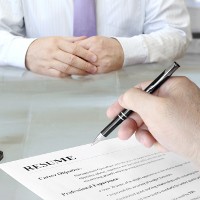 Retail giant Myer is investigating the recent hiring of a senior executive, amid allegations the information contained in the manager’s CV was misleading.

Myer announced the appointment of Andrew Flanagan to the role of group general manager of strategy and business development on June 18 but terminated his employment on Tuesday, his first day on the job.

Flanagan was one of three recent hires for the department store, as it looks to line up potential successors to outgoing chief executive Bernie Brookes.

At the time of hiring, Myer said Flanagan would bring a wealth of retail experience to the business, having spent time as managing director and vice-president of Inditex, the Spanish parent company of popular fashion retailer Zara.

However, Zara told Fairfax on Tuesday Flanagan “was not part and has never been employed by the company”.

“He has not held the position of managing director and vice-president for Asia Pacific,” said Zara.

A spokesperson for Myer told SmartCompany this morning “there are a number of investigations taking place into this matter”.

According to Fairfax, there are also question marks over other positions listed on Flanagan’s CV, including his apparent time as chief operating officer of British supermarket chain Tesco’s Chinese arm and role in procurement for Walmart in the US and Homeworld Group in China.

Fairfax reports Flanagan was subject to an exhaustive and thorough background check by recruitment firm Quest Personnel before securing the job. SmartCompany contacted Quest Personnel and is awaiting a response.

Paul O’Loughlin, managing director of O’Loughlin Executive Recruitment, told SmartCompany cases of poor reference checks are not uncommon, and the most important lesson for other businesses from this example is “don’t always accept that the referee given by a candidate is who they say they are”.

“Reference checks are a critical part of the recruitment process,” says O’Loughlin, who says it is very easy for job candidates to supply names of people who are not who they are.

“Reference checks need to be conducted formally and the person doing the checks should also do checks on the referees,” says O’Loughlin.

O’Loughlin says a lot of information about individuals is available online, through Google and LinkedIn, and if someone is unsure about the credibility of a referee, they should consider using one of these tools.

“This case shows the opportunity cost of getting a reference check wrong is immense and a whole range of litigation can potentially come out of it,” he says.