Prevention is the issue: WorkCover Victoria denies a crisis in stress compo claims 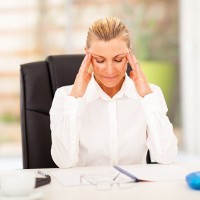 WorkCover Victoria has denied there is a “crisis” in the rise of stress-related compensation claims, but says employers are failing to avert preventable claims and are finding it harder to get workers back on the job after a claim has been made.

Speaking at the Australian Psychological Society breakfast in Melbourne this morning, Simon Bailey, director of claims for the Victorian WorkCover Authority, disputed reports there had been a significant rise in the number of stress-related compensation claims made in Victoria.

“Is it a crisis? I don’t think so. The problem we have got is that we haven’t gotten any better at prevention,” says Bailey.

But the statistics do reveal that while the number of psychological claims remained level, stress-based claims had increased proportionately.

Bailey also highlights the significant gap between the time it took those with a psychological injury to get back to work compared to those with a physical issue.

“If they are not back at work, then they are on compensation longer,” Bailey says.

“As employers, prevention is a key and [also] how we get people back to work quickly.”

Bailey also points to research showing the role that general practitioners might play in impeding the back to work process.

He says research shows “GPs were unclear of their role and relied on what workers told them”.

Bailey pushed for the uptake of the ‘Certificate of Capacity’ or ‘fit certificate’, which directed doctors to advise what work an employee could do, rather than the tasks they could not preform.

In regard to bullying claims, Bailey said WorkCover had more than 5300 calls from workers in 2013-14 regarding harassment, but most were unproven due to lack of evidence.