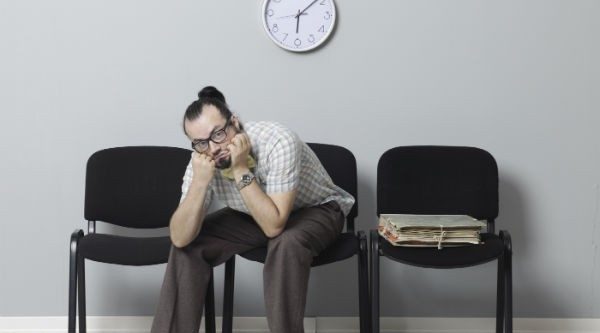 A small business owner from Sydney has taken to Facebook to complain about potential employees who do not dress appropriately, with one applicant even “sucking on a milkshake” during a job interview.

In the original post on his personal Facebook page, which has since been deleted but is available on the Herald Sun, G Retail owner Gordon Carlsen said he wanted to provide some helpful advice to job-seekers but acknowledged he may “get some haters” in response to his social media rant.

The rant is the latest in a wave of instances where business owners have taken to social media in order to vent their frustrations about customers or employees.

“I own three businesses here in Narellan and Smeaton Grange, and quite often advertise for staff,” Carlsen wrote on Facebook.

“As a result I read lots of resumes and carry out many interviews. Frankly I am shocked, in general, how many people apply and present themselves that obviously really want work.”

The business owner also said he had experienced some shocking incidents where potential employees had come in for an interview “sucking on a milkshake”.

“If you get an interview, then let me say – first impressions count,” Carlsen said.

“Dress for the interview – not collar and tie but neat casual, show the interviewer that you give a dam [sic] and yes you WANT this job… Sell yourself, if there is part of the job that you know you do well, tell us, be enthusiastic, have input, be positive don’t just sit there. There are probably 10-15 others chasing the job – tell us why YOU should get it, why we need to hire YOU!”

Applicants should also send a follow-up email after their interview thanking the business owner for their time, according to Carlsen.

“However, do this only once, as twice you go from keen into a stalker,” he said.

“And don’t put pressure [on] the person either, don’t say I have other interviews coming up so I want to know how I stand with this job. This will see all your efforts wasted.”

Janey Paton, the director of Belles and Whistles Communications, told SmartCompany complaining on social media can be problematic for business owners.

“If I find that if there is something that has stirred up some emotion with me or I’ve received an email I’m not happy about, I tend to sleep on it overnight,” Paton says.

“I always find that the next day I see a bit more clearly and explain my emotions more reasonably in order to achieve a better outcome. The problem with social media is it is so instant and some of the experiences he [the business owner] has had obviously could be quite legitimate – it sounds like there’s been some sloppy experiences and people not showing him respect as a potential employer.”

But Paton says despite a rant being OK every now and then, business owners still need to consider how their social media presence will affect their brand.

“By lashing out at these people, he needs to think about the perception of him as a brand and a business owner in the market,” she says.

“What’s he going to achieve by that? He might be better off picking up the phone and having a chat to a friend or fellow colleague. Whether it’s personal or business, it’s important to take a step back, take a deep breath and I recommend sleeping on it overnight so you can see things more reasonably the next day once it’s sunk in and you’ve had time to think about it.”

2. Job seekers eating and drinking during their interview

3. Someone sending a “get stuffed” email when they didn’t get the job

Leave us a comment below if you’ve had similar experience.

SmartCompany contacted Carlsen but did not receive a response prior to publication.