The kind, cruel art of sacking 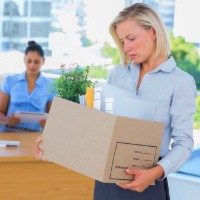 A Perth panel beating business that sacked a sick employee made headlines recently.

The Federal Court was told that Hi-Lite Automotive pressured a long-term employee to resign before sacking him to prevent him from taking sick leave.

The employee was owed around 500 hours’ sick leave when he told his boss he had cancer. It was found the employee did not resign and the employer told him he did not believe there was anything wrong with him, and sacked him.

It’s by no means an isolated case. According to the Fair Work Commission, 3508 unfair dismissal claims were finalised in the first quarter of FY2014. A massive 80% of these claims were settled either prior to or during the FWC conciliation process.

The aim of the commission is to settle as many claims as it can to avoid expensive court processes.

It’s working, with just 5% of the claims decided via court last year.

Should you sack someone?

HR expert Yvonne Walker advises businesses on the soundness of a decision to terminate an employee.

The founder of HR with Ease says that some types of conduct are sufficiently serious to warrant instant dismissal, including theft, fraud and violence, but the process to dismiss the employee must still be fair, she says.

If you’re considering sacking someone for poor performance, it’s important that the employee is told what they need to do to improve and given a reasonable opportunity to make that improvement, she says.

She recommends businesses consult an HR professional or employment lawyer in complex situations.

If there is a valid reason for poor performance, such as their partner being ill, you should provide support, such as counselling, via an Employee Assistance Program, says founder of Sydney HR firm Employee Matters, Natasha Hawker says.

“Where there appears to be no reason for poor performance, you need to clearly explain the required performance levels required and ask whether they feel they’re able to do this. You may need to offer extra training or support,” Hawker says.

“You should set the improvement targets and review against them over a reasonable period to allow the individual to adjust.”

If performance doesn’t improve within the required time, advise the person that if improvement isn’t seen by the next meeting, their role is at risk of being terminated, Hawker says.

“This potential outcome needs to be made very clear to the employee,” she says.