Inside the tech industry: Women tell what it’s really like 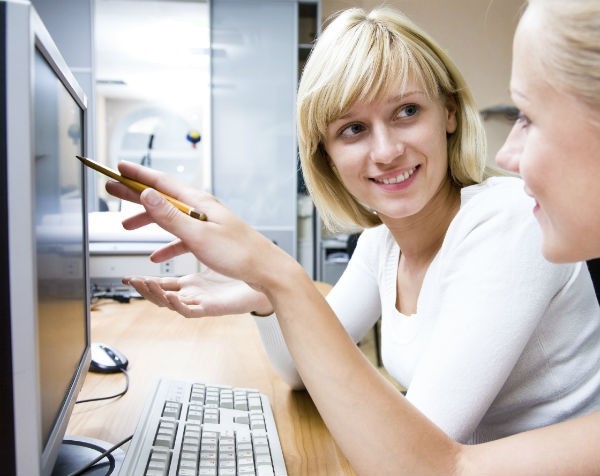 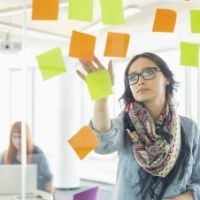 Where the heck are the women in tech? Technology businesses are realising belatedly the limitations of a male-dominated workforce.

When Cate Hull was a young girl her father bought her an Apple IIe computer and made her learn how to program it.

It was an unusual hobby for a kid, but that act of parenting helped set Hull on a career path that would revolve around technology. She studied mathematics and technology along with psychology, and took roles in financial services and consulting that saw her increasingly involved in Big Data projects.

So when she spotted an opportunity for technology to solve inefficiencies in the world’s freight industry, she had the skills to launch her own tech startup. Now Hull is chief executive of the logistics futures and spot market service FreightExchange.

“I’m really passionate about the sharing economy and technology and doing things better with data,” Hull says. “The more and more I looked into it, and found it could be fixed with technology, the more excited I got.”

Hull exemplifies what happens when children are introduced to the inner workings of technology at a young age. Debate over including science and technology in early education has reached a high point recently, fuelled by falling university enrolments in these subjects and the realisation that these skills will be most needed for Australia’s future.

But Hull is also representative of another problem – the scarcity of women in the Australian technology sector. ABS figures show that women are vastly underrepresented, comprising just 24% of the total technology industry workforce. Within purely technical roles the percentages are estimated to even more strongly favour men still (no solid data exists).

The difficulties of succeeding in a male-dominated workplace is a lived reality for Michelle Beveridge. Now the chief information officer for Intrepid Travel, Beveridge got her start in technology while working in the accounting department of a brick maker, and built up her skills through roles with Australia Post before taking a CIO role with Open Universities.

While she says technology leadership roles are tough for both men and women, the lack of female role models in IT acts to discourage women from moving forward in their careers. Hence she works hard to ensure that female recruits are provided with appropriate support.

“I’ve seen women go into teams where they haven’t had that level of support, and then you get bad treatment, where they get excluded from things,” Beveridge says. “And that is wearing over time.

“So you need the CIOs very actively bringing women in and supporting them. And when the young women see that there are real careers then maybe they will start to come across.”

Not just for boys

The problems for women in IT begin right back at primary school. According to the program director at the collaborative skills development group Digital Careers, Karsten Schulz, a combination of peer pressure, misguided parental and teacher advice, general misinformation and a lack of role models are collectively dissuading young girls from careers in IT.

Digital Careers has now launched a research project to determine exactly why female participation at young ages is poor.

Numerous programs have also emerged to encourage young children to learn more about IT, such as Code Club, which teach 9 to 11-year-olds to write software for one hour each week.

The director of Code Club Australia, Annie Parker, says the program shows kids how coding can help them achieve other goals, such as writing a game, creating animation, or designing a blog.

Numerous other programs exist to encourage girls to consider careers in IT, including the Robogals movement, and the bi-annual Go Girl, Go for IT career showcase run by Victorian ICT for Women.

Organisation chair Chris Skipper-Conway says in its last iteration the program engaged with more than 1500 girls at 55 schools. While 30% might have considered an IT career before attending, that figure rose to 70 % afterwards.

“There is a stigma attached to IT,” she says. “It is seen as blokey, as unexciting, as withdrawn and lonely. And what we do is get young people talking about exactly the opposite of that experience.

“They interact with talented young role models that have established their IT careers. They get access to information to help them make decisions about a career in IT.”

While these programs may boost female participation in the IT workforce in the future, there remains a clear shortage of female skills in the market today.

Founder and executive chair of the Centre for Gender Economics, Susanne Moore, says this also limits the design and creation of innovative new services.

“What they are actually doing is removing themselves completely from the design of the future world,” Moore says. “They are not involved in creating what IT looks like. And that’s what we have to change.”

The quest for diversity

Many technology employers are realising the limitations of a male-dominated technical workforce. The Melbourne-based online marketplace maker Envato has made gender diversity a key initiative, and in September 2014 publicly released its first gender diversity report.

The report showed that 29% of Envato’s total workforce were female, but for technology roles that fell to just 7%.

Envato co-founder and executive director Cyan Ta’eed says these findings have spurred her company to work harder to employ more women. This has meant changing the way it recruits, down to the level of tweaking the language used in job ads, by eliminating words such as ‘superstar’ and ‘ninja’, as these were found to be alienating and intimidating to female candidates.

But these efforts will have limited effectiveness until the skills pipeline is improved.

“There is an issue of women getting into tech in the first place, so we need to look at sponsorships and internships and even work in schools to get young women interested and exposed to code,” Ta’eed says.

Ta’eed says Envato is also working hard to keep the women it hires. It operates a flexible workplace and has been running a series of focus groups with the women inside the company to understand what is working and what’s not.

“A lot of women leave tech within ten years – no one knows exactly why, although for whatever reason it becomes less appealing and less tenable over time for them,” Ta’eed says.

That means tackling the concept of unconscious bias, where male-dominated organisations tend to provide greater opportunities and rewards for men. Ta’eed says Envato has rolled out training in unconscious bias to counter this.

“Everyone is really well intentioned, but unconscious bias is one of those sneaky things where if we are not being really careful and really strategic about our hiring processes, about our promotion processes, our opportunity processes, we can find that maybe the wrong decisions are being made,” Ta’eed says.

“Now that we’ve got a couple of female developers, hopefully it’s reached a tipping point and is only going to get better from here. But it hasn’t just happened – we have had to put a lot of focus and resources to get those first female developers.”