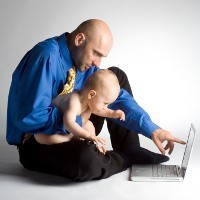 A push by unions to guarantee the right of workers to return to work part-time or on reduced hours after taking parental leave will “immediately” create more red tape for small businesses and give the Fair Work Commission another opportunity to “interfere” with how employers run their businesses, according to the Council of Small Business of Australia.

Employees currently have the right to request flexible work arrangements following parental leave but the Australian Council of Trade Unions this week lodged a claim with the Fair Work Commission to ensure workers covered by an award are entitled to return to their previous position on a part-time basis or on reduced hours.

According to the ACTU’s claim, lodged as part of Fair Work’s review of modern award agreements, if the employee’s previous position was not available or there were substantial grounds to not alter their previous position, the employer would be required to offer a position that is “equivalent in status and pay”.

An employer would only be able to refuse an employee’s request on “substantial business grounds”.

The ACTU is calling for Fair Work to grant employees the right to revert to the position they had prior to taking parental leave for two years from the birth or adoption of their child, or later if their employer agreed. Employees would also be eligible for two days’ paid leave to attend any appointments associated with pregnancy, adoption or permanent care orders.

But COSBOA executive director Peter Strong slammed the proposal, telling SmartCompany this morning the fact that an employer could find themselves in court if their business cannot accommodate a request from an employee to work part-time is “ridiculous”.

Strong says the “great majority” of small business owners do their best to provide flexible working arrangements for parents, especially in workplaces with just a few employees, but more “rules and regulations create conflict in the workplace”.

“There are much bigger issues around discrimination of women in the workplace, which still exists.”

ACTU president Ged Kearney said in a statement while the ACTU “recognises that all workplaces are different and doesn’t dictate specific terms”, its claim “puts in place a process that requires employers to genuinely consider alternative work arrangements when women return to work”.

But Strong says it is difficult to trust the Fair Work Commission to adjudicate on these kinds of disputes.

“You can’t trust them to make a decision about a business they have never been in and on a person who they have only seen across a court room,” he says.

According to Strong, the ACTU’s claim would ultimately increase the workload of small business owners.

“The work of the small business owner increases just by someone asking that. Is that going to be a good thing for the employment conditions of the employee? It’s not good for anyone.”

Strong says the ACTU proposal also neglects the fact many small businesses are owned and operated by women with families and these women could be forced take on a greater workload if their employees want to reduce their working hours.

“Is a business not gender specific?” Strong says.

“The ACTU needs to get its gender issues sorted. A small business can be a woman.”