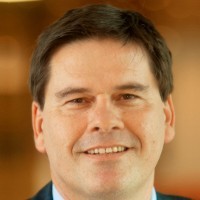 Businesses should be able to sack employees more easily, according to yesterday’s submission by the Australian Industry Group (Ai Group) to the Productivity Commission’s inquiry into workplace relations.

The employer group also raised concerns with the awards system and penalty rates in its submission.

“Australia has become a high cost country,” Innes Willox, chief executive of the Ai Group said in a statement.

“The community regularly hears about plant closures and decisions to off-shore, but there are far too few announcements about major new investments. We are going backwards in global competitiveness and this must be set right.”

The submission states it is too difficult for businesses to sack poor performing employees.

“Changes are needed to discourage speculative and unmeritorious claims for unfair dismissal and general protections claims,” it states.

The Ai Group also claims it is too difficult and costly to terminate redundant employees and called for an overhaul of redundancy laws and “overly generous” redundancy packages.

The submission describes Australia’s long service leave laws as “a mess” and called for reform in that area as well.

“The problem is there is so much ‘go away money’ being paid, that does need to be addressed.”

Smith says the awards system has been in an ongoing review since 2008 with no end in sight.

“The awards are still incredibly complicated with 122 of them at 50 pages each that go into a vast amount of detail,” he says.

“The government has said it won’t remove the role of the Fair Work Commission to set penalty rates but what we are saying is that the criteria they use to guide them on setting penalty rates need to be reviewed,” Smith says.

The unions have also made their submission to the Productivity Commission calling for casual employees to have the legal right to a full-time job.

The Australian Council of Trade Unions wants a casual conversion clause and a portable entitlement fund for casual workers.

It also says employees returning from parental leave should also be allowed to return part-time to their old job.

But Smith says the Ai Group opposes a casual conversion clause as there is no need for it.

“The level of casual employment in Australia is still 19% and has been 19% for 15 years or so, so there isn’t a problem with casualisation,” he says.

“As for this idea of a portable entitlement fund, we think casual employees would be as opposed to this as employers.”

Smith says it is “highly unlikely” casual employees would want to forgo 25% loading in return for this portable entitlement fund.

The Productivity Commission will release a draft report in June or July and report back to the government in November.