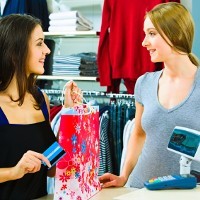 The Fair Work Ombudsman has won a Federal Circuit Court case in Melbourne, with a judge imposing almost $40,000 in penalties against a clothing retailer for underpaying a junior employee $56,850 in wages.

It is the latest in a string of underpayment cases involving the retail sector, including CM’s Fashion, which was fined $11,220 by the Federal Circuits Court for underpaying a store manager by $5000.

Between May 2010 and November 2012, the teenage employee was employed at workwear retailer Bad Workwear at its store in the Northland Shopping Centre in Melbourne’s northern suburbs.

In that time, Bad Workwear owners Fardin and Beverly Soleimani should have paid the employee, who was employed first as a sales assistant and then a store manager, a total of $135,471.71.

However, despite the employee regularly working more than 50 hours a week, including 12-hour shifts, she was paid a flat hourly rate of between $10 and $16 per hour. This was below the minimum hourly rate and did not include penalty rates.

Making matters worse, the employers failed to provide the employee, who often worked alone in the store, with adequate meal, rest and toilet breaks, as well as entitlements including laundry allowance, annual leave and superannuation.

In total, the employee was paid just $78,634.04 during the time she was employed at the store, leading to an underpayment of $56,837. Bad Workwear also failed to keep proper records and issue pay slips.

Judge Suzanne Jones found the underpayments undermined the employee’s ability to support herself and forced her to rely on others to make ends meet.

“There is also a considerable need in this case for general deterrence. There must be a clear message to employers that not paying vulnerable employees will not be tolerated,” Judge Jones said.

In a statement, Fair Work Ombudsman Natalie James said businesses in a similar position should use the online tools at fairwork.gov.au to determine their employee’s entitlements.

“Successful litigations such as this also benefit employers who are complying with workplace laws, because it helps them to compete on a level playing field,” James said.

Employment lawyer Peter Vitale told SmartCompany ignorance of relevant awards is no excuse in the eyes of the law.

“It’s fundamental to any business that employs people to understand their legal obligations in respect to pay and conditions,” Vitale says.

“If they aren’t sure, they should get advice from an appropriate source.”

“This case demonstrates that burying your head in the sand is no answer.”