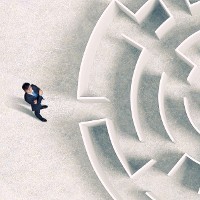 Small business owners have told the Fair Work Commission modern award documents should be shorter, simpler, and use more examples and less jargon.

A survey of 47 small business owners from both metropolitan and regional areas of Victoria and New South Wales argued employers have very little confidence in the current modern awards.

Respondents told Fair Work key sections of modern awards are “convoluted”, “complex”, “ambiguous”, “of questionable relevance” and written for the benefit of “bureaucrats and lawyers”.

Small business owners called on the regulator to amend the awards by reducing their length, simplifying the table of contents, improving the appearance and content of tables, and using more examples, including calculation examples.

They also called for simpler language with less ‘legalese’ and jargon, which would make the awards easier to understand and less prone to misinterpretation.

“The small business owners in the study made it clear that what they needed was a document that they could rely upon for correct information in relation to wages and entitlements,” said Fair Work Commission president Justice Iain Ross.

Peter Strong, executive director of the Council of Small Business of Australia, told SmartCompany the Fair Work Commission should be congratulated for seeking feedback from small business.

“We’ve been saying this for a while but we don’t have the recourses to prove it, so good on them for checking and determining these are the facts,” says Strong.

“Awards are certainly far too complicated and they get in the way of employing people. I know people who have done cash deals, not because they want to, but because they can’t fathom the awards.”

Strong says the solution lies in an independent small business award, which would cover employers with 20 or fewer employees.

He called for the introduction of an across-the-board award for small business employers, who often grapple with the complexity of existing industry awards designed for bigger employers in their space.

“What we’re talking about is easy to understand for employers and, importantly, employees.”

Strong says a small business award would largely be used by those starting out and as a business grows, they would switch to the industry award to facilitate further growth.

“We know new employment will come out of small business, so it needs to be easy for us to employ people and keep people,” says Strong.

“Our focus should be the development of business and maintaining employment, not the red tape.”

“Unquestionably, even though these instruments are simplified compared to 10 or 15 years ago, they are still too complex for busy small business owners,” says Vitale.

But Vitale cautions against the notion of an independent small business award, saying the gap between the terms and conditions of such an award and the industry award may be too broad to jump when an employee gets to a certain size, making it counterproductive.

He says small business needs a regulatory body whose advice they can turn to and rely on.

“The biggest complaint from small business that I hear is if you ring up two different organisations now, you get four different opinions. [Small business owners] need something they can rely on, which will provide them with at least a partial defence in an underpayment case,” Vitale says.