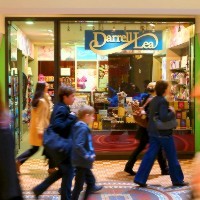 Confectionery company Darrell Lea has lost an appeal against a Fair Work Commission decision that found the company should pay redundancy packages to employees who declined to move 34km away to work in 2012.

The company, which manufactures popular confectionary products such as Rocklea Road, had collapsed but was purchased by the multimillionaire Quinn family in the same year.

The Fair Work Commission full bench threw out an appeal by the company against a decision made by a Senior Deputy President Drake in July, which found six Darrell Lea employees were entitled to redundancy pay after they declined to take up work at a new location across Sydney’s southern suburbs.

In 2012, Darrell Lea moved its production plant from Kogarah in New South Wales to Ingleburn – the two suburbs are about a 40-minute drive away from one another.

The company had found itself in financial difficulties in 2012 and went into voluntary administration on July 3, 2012. In August 2012 the Quinn family, which operates a pet food manufacturing business VIP Pet Foods, agreed to purchase the assets of Darrell Lea’s confectionery business.

In order for the Quinn family to operate the business they kept on a number of staff to continue to work. DLE, a company owned by the Quinn family, was to be the employing entity.

DLE offered the employees the same terms and conditions as they had at Darrell Lea, but told the workers they would not be entitled to any redundancy entitlements if they declined the offer. They did not offer them any extra entitlements for their travel costs.

Represented by the Australian Manufacturing Workers’ Union, the workers argued DLE had breached their rights under their enterprise agreements and employment contracts.

The full bench found, as Drake had in July, that the employees were indeed entitled to redundancy payments under their employment agreements, rejecting the company’s submission they had offered them acceptable or suitable alternative employment

Employment lawyer and M+K Lawyers partner Andrew Douglas told SmartCompany if a business’ relocation impacts a worker to such an extent that it is not reasonable for them to take up that employment, the company is effectively terminating their job, meaning employees are allowed their entitlements, such as redundancy payments.

Douglas says given the new Darrell Lea location was considerably out of metropolitan Sydney and there was limited public transport options available to workers, the move could be considered very significant and outside of the definition of reasonable alternative employment.

“This is a remarkable imposition to make,” says Douglas. “If you start adding on 30-40 minutes to travel time a day, you can guess that you’re going to start running into trouble.”

Douglas says any employer relocating their premises should first seek to clarify the impact on individual employees. Once the employer has ascertained the extra costs to employees, they should then offer a fixed adjustment cost, such as a one-off payment for travel costs.

“Build a package around those costs. If you do that, you’re normally pretty safe, as long as the business is not too far,” he says.

SmartCompany contacted Darrell Lea but did not receive a response prior to publication.