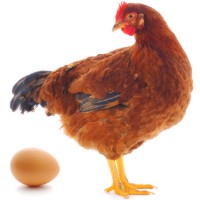 An employee of a Victorian chicken farm has won an unfair dismissal claim against his employer after he was sacked for refusing to be on-call during his annual leave.

The Fair Work Commission this week heard Bradley Sheldrick, an IT systems developer for Hazeldene Chicken Farms, refused to respond to calls and text messages during three weeks’ leave in late 2013.

Sheldrick told the Commission being on-call was not mentioned to him during contract negotiations but, after he commenced work, he was asked to put his personal mobile phone number on a contact list and was then contacted to deal with emergencies.

During the attempts to contact him, Sheldrick said Hazeldene had not given any indication the calls required an urgent response.

The Commission heard the company later received advice from its HR department that Sheldrick was not required to take the calls.

Following this advice, technical services manager Adam Hazeldene sent an email to all IT staff proposing a variation to their contracts.

The proposed variations would have required staff to work additional unpaid hours, with those hours to be compensated through time in lieu, and a move to a new roster requiring them to be on-call 13 weeks a year, in return for a payment of $77 per week.

But deputy president of the Fair Work Commission, Anne Gooley, found Hazeldene had no legal right to compel Sheldrick to vary the terms of his contract of employment and there was a significant difference between being required to “work such hours as may be reasonably necessary” and being required to be on an on-call roster.

Gooley also found Sheldrick had only refused to answer calls during his annual leave period and only then because he was given no indication that they required an urgent response.

“Employees are entitled to annual leave without interruption,” said Gooley.

Gooley estimated Sheldrick, who had found a new job and did not want to be reinstated with Hazeldene, would have remained with the company for six more months had he not been dismissed, and would have earned $7,500 more than his new job.

She awarded him compensation of $7,125, less tax, and $641 in lost superannuation, discounting the amount of 5% because he was not required to work additional hours in his new role.

Kamal Farouque, principal employment lawyer at Maurice Blackburn, told SmartCompany an employee’s obligation to be on-call is dealt with by their relevant industrial agreements.

He says the Fair Work Act defines annual leave as an absence from work, and while it may be reasonable to contact employees with an urgent request for information during their leave, the community expectation was people’s leave time should be respected.

“Unless they are specifically required to be on call during annual leave, and even that is questionable, employers need to respect that,” says Farouque.

“It is meant to be an absence from work and employers can’t unreasonably intrude.”

Farouque says the decision in this case points to the need for employers to measure their operational needs against the reasonableness of situation.

“In this case, they have acted in an extremely high-handed manner,” he says.

“Businesses rely on contracts, so they must understand employer contracts are also legal agreements,” he says.

“They wouldn’t want their suppliers or distributors or customers to impose high-handed tactic on them.”