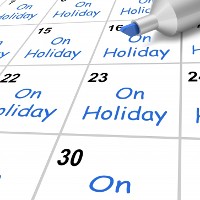 Award agreements should include provisions for employees to cash out their annual leave, according to the Australian Industry Group.

The proposals are included in the Ai Group’s submission to the Fair Work Commission’s review of modern awards, which has been developed along with other employer groups, including the Australian Chamber of Commerce and Industry.

According to News Corp, similar requests by employer groups to extend cashing out provisions by have been previously rejected by the commission, including during the 2012 modern award review.

Many workers covered by Enterprise Bargaining Agreements are currently permitted to cash out their annual leave, as are those not covered by awards.

Cashing out of annual leave is permitted under the Fair Work Act, provided an employee retains at least four weeks of annual leave and the workplace agreement covering the employee has a clause allowing cashing out.

But the Ai Group says this right should be available more widely, requesting for a new clause to be added to modern awards.

“Many employers do not wish to make enterprise agreements because the negotiation process leads to a drain on resources and a distraction from the core operations of the organisation,” said the group in the submission.

“Consequently, leaving the facilitation of cashing out of annual leave to formal enterprise bargaining processes unfairly blocks many employees from accessing a flexible arrangement which they value and which suits their individual and family circumstances.”

The group said there is a high demand for these kinds of provisions from workers, citing its own recently conducted survey of 4000 employers which found 45% of businesses had received a request from an employee to cash out annual leave since 2010.

Of the companies that received a request, 12% said they were unable to grant the request because awards or enterprise bargaining agreements did not allow it.

If the group’s proposal were to be adopted, employees would be able to cash out their annual leave if they retain at least four weeks of accrued annual leave after the amount was cashed out and if an agreement with the employer is reached in writing.

Under the arrangements, the employer would be required to pay the employee the full amount that would have been payable had the employee taken the leave at the time that it is cashed out.

Peter Strong, executive director of the Council of Small Business of Australia, told SmartCompany he can see the value in the idea, as it would benefit both employers and employees by providing them with more options.

For example, if an employee of a small business asked to cash out some of their leave instead of taking that time away from the business, Strong says this could save the employer the cost of hiring someone else to work during that time.

However, Strong says the issue is around complexity, especially for businesses that do not have a “paymaster” or someone dedicated to managing payroll and other entitlements.

The Ai Group is also concerned about the cost to employers of workers accruing “excessive” annual leave, asking the commission to add a clause to awards that would give employers a limited right to compel employees to take some leave.

Under the proposed clause, an employer would be able to direct an employee to take annual leave in particular circumstances. The employee would have to have at least six weeks’ leave owing to them, be given four weeks’ notice, and retain at least four weeks of accrued leave.

Some provision is already made in the Fair Work Act for employers to compel employees to take annual leave if they have accrued “excessive” amounts, however, the legislation does not define what constitutes excessive leave.

Ai Group chief executive Innes Willox said in a statement this morning “it is about time that annual leave provisions in awards reflect the needs of employees, employers and modern workplaces”.

“Ai Group’s proposals preserve a high level of protection for employees, while ensuring that employees and employers have access to flexible arrangements to meet their personal and enterprise circumstances,” said Willox.