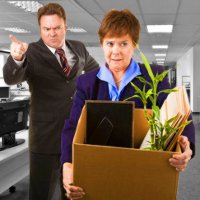 A small business owner who was found to have unfairly dismissed an employee after telling her to “f-ck off” has spoken out about the need for reform to workplace laws in Australia.

The Fair Work Commission ruled on August 22 that Marrianne Reid was unfairly dismissed from her bookkeeping position for iTac 2, a Queensland-based company that manufactures sports grip.

Reid told the commission iTac2 chief executive Warren Gamble told her to “f-ck off” and “just f-ck off and get out” after a dispute about which tasks she was supposed to be completed on the morning of February 11. She left the office as she said she was frightened by Gamble’s “aggressive manner”.

However, Gamble told the commission during the exchange Reid had told him she had “had enough of this shit” and “I’m leaving”.

She also told the commission Gamble had said to her during a phone conversation he considered her termination to be by “mutual agreement”, a fact she disputed in a letter to him on February 13.

Deputy president of the commission Sams ruled Reid did not resign her position, and was in fact dismissed, as “where an employer tells an employee to ‘f-ck off’ and then does not take any action to explain or withdraw that expression, it constitutes a direction to the employee to leave the workplace”.

He further found that the dismissal was unfair because Gamble had not raised with her his reasons for terminating her employment, including concerns she displayed a belligerent and uncooperative attitude, she was undertaking bookkeeping work for another employer and was using the company’s resources to make unauthorised overseas phone calls.

Sams ordered Gamble compensate Reid with eight weeks pay, a total of $4,800, as she was not given “a fair go all round”.

But Gamble told SmartCompany this morning there “wasn’t much of a fair go for me”.

“People can steal and mislead you, do the wrong thing, and they still end up with money in their pocket.”

Gamble says the experience with Reid “nearly collapsed” his business, causing financial damage as well as preventing his family from buying a new home.

He says he has evidence Reid was making personal phone calls and working for other businesses while employed at iTac2 and it was after he tried to “make her more accountable” that she became aggressive towards him.

“I did do the wrong thing with what I said to her, [and] I accept the commission’s ruling, I’ve paid her. But now I am facing further legal action from her in the Magistrates Court as she has made a civil claim for unfair dismissal.”

“It will mean more legal costs, but maybe it will give me the opportunity to present the evidence I have against her.”

Workplace lawyer Peter Vitale told SmartCompany the case “very much turns on the commission’s interpretation of the evidence”.

“This is one of those cases that falls on the fine line,” he says.

Vitale says it is important for employer’s to understand that all the circumstances in a case will be judged by the commission so “it’s not just the subjective intention of the employer that’s important”.

“It might be the case an employer did not generally mean for the employee to leave, but if the circumstances leave the employee with no choice, then the intention of the employer is not so relevant.”

Gamble has operated iTac2 for seven years but after the introduction of the Fair Work Act in 2009, he says he feels his hands are tied as a small business owner.

“The workplace laws in this country are absolutely ridiculous,” he says.

“They are difficult to understand and it is really expensive for small businesses to deal with these situations. I know major companies who do not sack their staff because it is too difficult.”

Gamble says he would welcome a review of workplace laws by the government with open arms, saying there is a need for a “level playing field” between employees and employers.

“Who is in control here? Who is running my business – the government or my staff?”

Gamble distributes his Australian-made products to more than 50 countries and is choosing to contract work to overseas distributors rather than employ more people in Australia. He says he is also planning to increase the level of automation in his business to eliminate the need to hire more staff.

“It will save me money in the long run,” he says. “The software won’t steal from me.”

Ultimately Gamble can picture a day within the next five years when he will take his business completely offshore.

“It’s really sad for me, I don’t like it. The worst thing is I’ve had to become a horrible person to prevent bad things from happening to me. It’s not just about the money for me, it’s about ethics.”