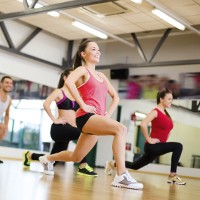 A Melbourne-based gym that was ordered to pay a record $41,182.50 fine in the Federal Circuit Court has collapsed into liquidation and the Fair Work Ombudsman has not received the court-imposed penalty.

On January 17, 2013, Fair Work Commissioner Tim Lee ruled World Gym Sunshine had 14 days to pay $2200 compensation plus interest to a then 23-year-old receptionist, Samaka Sophia Ndege. However, the business chose to ignore several notices from the Fair Work Ombudsman ordering it to comply.

In a landmark decision in September, the Federal Circuit Court ordered World Gym Sunshine to pay a $41,182.50 fine, while Mailing was ordered to pay a further $6426 in penalties.

However, SmartCompany understands Mailing sold the assets of World Gym Sunshine, including a gym that continues to trade under that name, in August 2013, with new owners unconnected to Mailing now operating the gym.

With no remaining assets, JP Downey & Co was appointed as liquidator of the company on November 28, 2014, with a first meeting of creditors held on December 16. A final creditors meeting to receive an account showing how the winding up of the company has been conducted and its property has been disposed of is scheduled for April 14.

“The company sold the business 18 months before the company got sued. In that court case, the company was fined $41,182.50, but had no assets. The employee was paid, but Fair Work wasn’t,” Cooch says.

In a statement, a Fair Work Ombudsman spokesperson confirmed to SmartCompany the fine component ($41,182.50) owed by World Gym Sunshine has not been paid.

Employment lawyer Peter Vitale told SmartCompany there is a reason why individual directors and corporations can face separate litigations.

“I think the reason that there is an ability to separately litigate against directors as individuals is partly because of circumstances such as this, to ensure that if a company cannot be held to account, at least the directors can be,” Vitale says.