Fashion retailers forced to pay staff $12,400 for cost of their uniforms 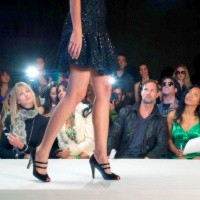 A number of Australian fashion retailers are being asked to reimburse employees a total of $12,400, after the Fair Work Ombudsman found staff had covered the cost of mandatory uniforms from their own pocket.

The Fair Work Ombudsman investigated 35 stores from eight popular-name brands in Melbourne, Brisbane, Hobart and Wagga, based on complaints it received from young workers last year claiming they had been made to pay for their own branded clothing and accessories without being reimbursed.

Under the General Retail Industry Award 2010, an employer who requires an employee to wear special clothing must reimburse the cost of the clothing.

It was reported by News.com.au last year the offending retailers were clothing chain Forever New, and jewellery stores Lovisa and Diva. Lovisa and Forever New were contacted for comment, but SmartCompany did not receive a response prior to publication.

Fair Work inspectors interviewed staff and met with the head office of each retail brand. The watchdog says the retailers worked in a collaborative approach to solve the situation.

Retail Doctor Group chief executive Brian Walker told SmartCompany he thought the breaches were likely to be a misunderstanding or an oversight, rather than a deliberate breach of the retailer’s responsibilities.

“Many retailers subsidise clothing or provide it for free to their employees,” says Walker.

“It is the greatest form of brand advertising and employees want to wear [the clothing and accessories] as a part of the status and pride of the role,” he says.

Walker says the bigger issue in this case was that employees had approached the Fair Work Ombudsman and the media, signalling they are unhappy with their job.

“Unhappy staff equals unhappy customers,” says Walker. “Employees have every right to take this approach, but they are obviously unhappy with their employers and that’s a leadership issue. It will affect the level of service that goes on in the business.”

The Fair Work Ombudsman, which has also recently targeted a number of small businesses for underpaying workers, is urging small business proprietors in the retail sector to visit their dedicated retail page to review their obligations in terms of uniforms and clothing.

Fair Work Ombudsman Natalie James said: “Small businesses often don’t have the benefit of in-house human resources and payroll staff, so we place a high priority on assisting them and developing tools and resources to make it easier for them to comply with workplace law.”