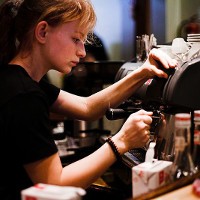 The Federal Court has rejected a union appeal of a Fair Work Commission decision to reduce penalty rates for Sundays under the 2010 Restaurant Industry Award.

In a landmark decision made in May, the Fair Work Commission decided to reduce the 75% penalty rate for casual employees on Sundays to 50% as part of a two-year-long review of modern awards.

However, hospitality industry union, United Voice, appealed the decision in the Federal Court, seeking a rehearing of the case on procedural fairness grounds.

Greg Parkes, workplace relations director at the Restaurant and Catering Industry Association, told SmartCompany the decision was a victory for consumers, as well as 35,000 restaurateurs, caterers and café operators who will be more inclined to open their doors on a Sunday.

“We had a decision in the Fair Work Commission that said the Restaurant Industry Award should be lowered on Sunday,” says Parkes.

“The union appealed that decision to the high court on a number of grounds, including procedural fairness. On Monday, that decision was dismissed,”

But David O’Byrne, acting national secretary of United Voice, said in a statement the decision “closes a legal avenue to review a pay cut for some of the lowest paid and most vulnerable workers in our community”.

“It is a disappointing for these workers, the majority of whom are young, female and in insecure employment,” said O’Byrne.

“We will see what can be done to mitigate the harsh effects of this decision.”

“When it comes to skills development, minimising high staff turnover and building an industry with good jobs where workers can have satisfying and fairly paid careers, the Restaurant and Catering Association seems determined to take the low road.”

Peter Strong, executive director of the Council of Small Business of Australia, previously told SmartCompany he has heard of several cases where businesses closed on Saturdays and Sundays because they could not afford to pay penalty rates.