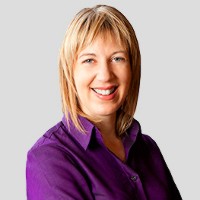 The Fair Work Ombudsman is more likely to engage in litigation against small businesses compared to medium and large-sized companies, according to a report released by researchers at the University of Melbourne last week.

While the report is largely complimentary of the work of the Ombudsman’s office between 2006 and 2012, it says ensuring employers comply with minimum employment standards remains “a major and ongoing challenge in Australia”.

It’s a sentiment which would appear to add weight to Fair Work Ombudsman Natalie James’ recent call for Australia’s awards system to be made less complex.

The report finds the use of civil litigation to enforce minimum employment standards increased substantially between 2006 and 2012, rising from four instances in 2005-06 to 58 completed matters brought against employers in 2009-10.

However, the report finds the number of litigation matters commenced and completed by the FWO since 2009-10 has declined, in part a result of “shrinking resources” for the office. In 2010-11, 36 cases of litigation were recorded, while 31 cases were recorded in 2011-12.

While the report finds the FWO is strategic in the choosing which matters to pursue through litigation, it says when the Ombudsman does decide to go to the courts, it usually wins.

“Although the agency brought litigation in only a small proportion of matters that came to its attention, it had a very high success rate, achieving a positive outcome in, on average, 95% of cases,” the report says.

Since 2009, the FWO has been able to compel employers to enter into enforceable undertakings when found to have breached the Fair Work Act, but according to the report, while the FWO actively pursues this mechanism, “the annual number of undertakings was only a small proportion of the number of civil litigation matters brought by the agency”.

The report also finds the majority of undertakings made in the time period were with medium and large businesses.

The big end of town, particularly large franchise networks were also most likely to be hit with proactive compliance deeds by the FWO, although the report found these deeds are not commonly used as a compliance mechanism.

However, the report suggests the FWO could make more use of these remedies, as well as compliance notices and penalty infringement notices.

“The relatively low number of undertakings and compliance deeds compared to litigation matters suggests that these tools are not being fully utilised,” the authors say.

SmartCompany contacted the Ombudman’s office and was directed to a statement released last week, in which James welcomed the “largely positive and complimentary” findings.

“It recognises our agency is strategic, sophisticated, dynamic and actively engaged in continuous improvement,” James said of the report.

“We intend to use the report to review processes and procedures and focus on implementing changes that offer the most benefit for all workplace participants.”

James said the Ombudsman’s office has “streamlined” its processes in recent years and as a result, has become more efficient.

“We now respond to complaints in a more sophisticated way, seeking to be both proportionate and responsive,” she said. “We do not investigate every matter, reserving this form of intervention for more serious cases.”

“Our focus on alternative dispute resolution methods for the majority of complaints has resulted in better and quicker services for clients.”