Mechanic who quit his job and then changed his mind wins $20,000 unfair dismissal payout 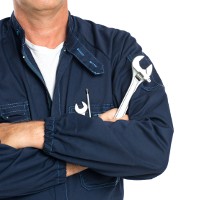 A bus mechanic, who quit his job then later thought better of the decision and withdrew his resignation, has been awarded $20,000 in compensation following a successful unfair dismissal bid before the Fair Work Commission.

Under a bold heading in his letter of resignation titled “My reasons for resignation”, Vallence cited several allegations of an “unacceptable working environment”, including bullying, harassment and intimidation by other employees and “dangerous behaviours” in the workplace.

The following day Vallence was advised his resignation had been accepted but, having thought better of his decision to resign, he told his manager he wished to withdraw the resignation.

Around this time, the Road & Maritime Services regulator randomly investigated the company for roadworthiness, and Sawtell Coaches suspected Vallence may have “dobbed” the company in.

When Vallence presented for work a few weeks later on October 7, he was handed a letter of termination, advising him he had failed to withdraw his earlier resignation in writing and his employment with the company had subsequently ended. Vallence was directed to leave the business’ premises immediately.

But Fair Work Australia vice president Michael Lawler found Vallence was left with no option but to resign because his complaints of workplace bullying and other management failings were being ignored.

“It should have been obvious to [his manager] that [Vallence’s] resignation was the product of his frustration at the issues he complained about in his letter,” said Lawler.

Lawler found the termination was the initiative of Sawtell Coaches and therefore looked at the sacking under the normal unfair dismissal laws, including the requirement of procedural fairness.

Finding that the dismissal was unfair, Lawler ordered Sawtell Coaches to pay Vallence $20,000 in compensation.

Employment lawyer Peter Vitale told SmartCompany the case raised an interesting aspect of unfair dismissal laws and was a reminder to employers they should not take sudden resignations at face value.

Vitale says, for the purpose of unfair dismissal laws, the courts and tribunals consider that a resignation that’s given in the heat of the moment, or out of frustration or without proper consideration, must be met with an opportunity to withdraw that resignation.

“There is an onus where a resignation occurs in those circumstance for the employer to look into the circumstances and make sure the resignation is a truly voluntary one and a truly considered one,” Vitale says.

Vitale says if the conduct of the employer leaves a worker with little option but to resign because it makes their job untenable, the situation can amount to dismissal and subsequently be considered against unfair dismissal laws, such as procedural fairness.

“And if it’s a situation where the employee resigns in circumstances they feel they were forced into, it is probably likely those processes were not followed,” he says.

“A sudden resignation might also indicate an employer should sit down with an employee and explore what difficulties they’ve raised concern for,” he adds.

SmartCompany contacted Sawtell Coaches but did not receive a response prior to publication.