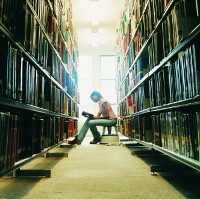 Australia’s largest retail group has backed a campaign by university students to scrap the regulation that requires Australian employers to employ casual workers for a minimum of three hours.

The “Right to Work” campaign from the Australian Liberal Students Federation argues the three-hour minimum is keeping university students out of work, and the National Retail Association agrees.

“There is simply no good reason for the government to dictate to workers and employers how long casual workers should be forced to work,” said NRA chief executive officer Trevor Evans in a statement yesterday.

“We’ve heard the argument that young people will be exploited if they are forced to go to work for less than three hours, but we don’t believe the solution is to deny them any work at all,” said Evans.

“If an employer is able to offer two hours’ work each afternoon and a university student is willing to take it, why should the law prevent them from reaching an agreement?” said Evans.

Evans said the retail industry is Australia’s largest employer of young, unskilled workers and three-hour minimum shifts put these workers at a disadvantage.

“The most important thing for young people seeking work in retail is to get their foot in the door,” said Evans. “In many cases, jobs that begin with occasional shorter shifts will turn into longer, more permanent work.”

“In other instances, young retail workers may want only an hour or two of work at the beginning or end of a day, in order to fit with their study or other work arrangements,” he said.

“However, retailers are often prevented from offering this kind of work, particularly to university students. As a result, jobs and economic activity are going begging.”

Retail groups across the country have long called for the removal or reduction of three-hour minimum shifts, with industry groups slamming a decision to uphold the requirement by Fair Work Australia in 2010.

However, Jeff Lawrence, former secretary of the Australian Council of Trade Unions, said at the time “minimum hours are an important safety net condition for all workers and act in awards like a minimum rate of pay”.