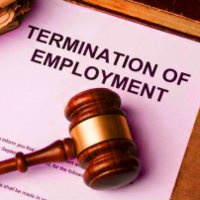 One of the biggest complaints among small businesses is that it’s too difficult to fire a rotten employee. Certainly enough cases have come before through the legal system over the past few years to provide some guidance to small businesses’ on whether they are likely to get hauled before the courts for a claim of unfair dismissal.

In many cases, the problem is the business in question hasn’t got everything in order. When unfair dismissal claims succeed it is often because an SME hasn’t done the legwork to give itself the best chance of success. The small business may be simply disorganised, or it misses steps in the legal checklist.

“It’s an interesting area just because of the variability of the individuals being employed and the reasons for certain actions taking place,” she says.

“The courts and commissioners are also quite careful to assess cases on their individual merit, so you might find that in two cases with similar circumstances, they might have different outcomes.”

While plenty of businesses love to complain about the unfair dismissal procedures, the fact is the Fair Work Commission takes a strict view on what constitutes unfair dismissal. The FWC dismisses more applications than its grants.

But where it does grant unfair dismissal, it outlines clear reasons for doing so. Many of these reasons are straightforward – a business has forgotten to document a certain procedure, for instance. If only for that missing piece, that business could have won.

“I’ll often look at a case, and think, ‘how did it come to that conclusion?’. And it’s usually because of the business’s conduct,” says Drew.

Several legal experts have told SmartCompany businesses often make a big mistake in preparing for unfair dismissal cases by forgetting to document disciplinary procedures, or not consulting employees before they are made redundant.

These are clear mistakes that should be avoided.

We’ve put together a list of 10 unfair dismissal cases from over the past year. From each case we’ve taken a lesson to apply to your business. They range from common sense – make a social media policy – to the seemingly obvious – actually turn up to your hearing.

Chances are good you may end up facing one of these cases. Learn from these cases, make sure you put in the hard yards, and avoid the small mistakes which could trip you up.

1. Late to work, early to fire

At first glance it makes sense as a rule of thumb. If your employee is late, then you should be able to fire them.

But not so, according to the Fair Work Commission. At least, not on the day it happens.

Take this case for instance, in which an employee of a wedding gown shop was fired by her employer, in part, for turning up to work late five separate times.

The company ran into trouble when the Fair Work Commission said the “continued failure to ensure that she attended work on time” didn’t constitute enough reason for “instant dismissal”.

It’s those words, “instant dismissal”, which are the problem. According to Andrew Douglas, partner at M&K Lawyers, you can’t simply fire someone instantly for turning up late. “It’s not necessarily warranting of immediate dismissal. It needs to be an aggregation of behaviour.”

If your employee is late, then you can fire them. But you need to have outlined clearly in your workplace policy showing up late is a serious offence, and each time it occurs, you need to give a warning. After a series of warnings, you may well have grounds for termination.

2. Messing around on social media

Social media has been great for most individuals.

For businesses, however, the story is a little different. Can employees use Facebook in the office? What about on phones? How about social media while you’re at work events – is that okay? There are so many rules and regulations.

One specific area that has been a lot of trouble is policing what employees say about their roles while off the job. And in this Linfox case, it became a significant problem.

The employee was discovered to have made some disparaging comments against two managers on Facebook – comments which the managers claimed were sexist and contained racial vilification.

Fair Work Australia granted the unfair dismissal application because the employee argued he didn’t know how public the comments were, and also pointed out his page had the highest level of privacy settings.

One of the major criticisms was that the business didn’t have a social media policy. People + Culture Strategies director Nichola Constant told SmartCompany that if the business did, its arguments may have been taken more seriously.

Develop a social media policy, and make sure you stick to it.