The enduring myth of the industrial relations club 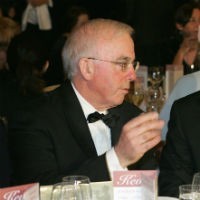 The Abbott government will soon ask the Productivity Commission to review the Fair Work system.

In parallel with that review, we need a more sophisticated debate about our workplace relations framework. There are some legitimate questions to ask about the current system, including:

However, these questions need to be considered on the basis of evidence – not the simplistic assertions of proponents of the “industrial relations club”.

The evolution of the IR club

In late 2013, Sydney Institute director Gerard Henderson re-hashed one of his favourite hobby horses – the idea that Australia’s system of workplace regulation is really an industrial relations club.

The main target of this critique is the national industrial tribunal, the Fair Work Commission (FWC). The Abbott government currently has this body in its sights, with a proposal to create an independent appeal bench sitting above the Commission.

So what is this “IR club”? And does it really exist?

The IR club view was instigated by Henderson in a 1983 article in Quadrant:

Industrial relations in Australia takes place in [a] club-like atmosphere. The Club’s high priests preside on the Conciliation and Arbitration Commission. … The key IR institutions are located in Melbourne – the Commission, … [the ACTU], Confederation of Australian Industry … and … the Department of Industrial Relations.

Henderson had 2 main concerns about this. First, that club members did deals to resolve industrial disputes – rather than taking a more confrontational approach. And secondly, that the Arbitration Commission had always shown a disregard for the economic outcomes of its decisions. This went right back to Justice HB Higgins’ Harvester judgment in 1907 – the foundation of Australian wage fixation.

Henderson’s article was very influential in conservative circles. He soon became a staffer for then deputy opposition leader, John Howard. Combined with pressure from the newly-formed HR Nicholls Society, this led to a hardening of the Liberals’ IR policy in the mid-1980s.

The IR club critique has been a constant in the workplace reform debate in the 30 years since then – although its intensity has waxed and waned. It’s been an obsession of The Financial Review , which carried almost 200 articles mentioning the “IR Club” between 1987 and 2014. However, by the late 90s, these media articles were starting to refer to the IR club in the past tense.

The IR club must have passed on at some point – because from the mid-2000s, arguments surfaced that it had been resurrected.

The concept then returned to prominence last December, with the publication of Henderson’s policy paper for the Minerals Council of Australia: “The Return of the Industrial Relations Club.” This was largely a reprise the 1983 article – railing this time against the evils of Labor’s Fair Work Act.

In its 2013 form, although unions and the FWC remained central players, employers were no longer considered members of the club.

Their place was taken by another meddlesome government agency, the Fair Work Ombudsman. Its job is to ensure our employment laws are enforced – for example, by taking employers to court if workers are underpaid.

The reality of Australia’s centralised [IR] system today is not dramatically different from that which existed when I came face-to-face with the [IR] Club for the first time three decades ago.

… [T]he … system is set up to regulate the pay and conditions of those in work – not those who are out of work, even if there is a causal relationship between their predicament and the decisions [of] … the contemporary Industrial Relations Club … .

True to 1980s form, the IR club theme was quickly taken up by the Coalition.

The “IR Club” analysis would have it that unions and the FWC are responsible for all the problems facing Australian businesses. This is not only inaccurate, but also an unhelpful distraction from the debate we should be having about Australia’s workplace relations framework.

There are three main aspects of the current portrayal of the IR club that require close scrutiny. First, the claim that the Fair Work Commission is full of people with no business experience. This is simply factually incorrect.

At least five members of the Commission (including the president) were previously partners in law firms acting mainly for employers. 11 other members previously worked for employer organisations, such as Australian Industry Group and ACCI.

Secondly, the charge that Australia’s centralised and highly-regulated system is no different from 30 years ago. Again, this doesn’t stack up.

In 1983, the wages and conditions of around 85% of Australian employees were determined by federal and state awards. By 2012, only 16% of workers were reliant solely on awards – almost half (42%) were covered by collective agreements, while another 38% were on individual arrangements. These figures highlight the importance of the shift to enterprise bargaining.

The Fair Work Act does give unions a central role in bargaining. But this has not been an impediment to widespread non-union agreement-making: Almost 40% of enterprise agreements are made without unions.

And thirdly, the argument that the FWC presides over economically harmful deals, in the interests only of IR club members.

The IR club terminology conjures up images of something shifty – of deals being done without proper process. This is not how the Commission actually operates – it’s a tribunal, and while it is not bound by rules of evidence and procedure, that’s how it often operates in practice.

In setting the minimum wage an expert panel of the Commission invites submissions from interested organisations and individuals, commissions research, and holds public consultations. The panel must consider a wide range of issues, including “the performance and competitiveness of the national economy, productivity, business viability, inflation and employment growth”.

IR club warriors like Henderson repeatedly assert that protections of minimum employment standards – such as the minimum wage, and unfair dismissal rights – are the direct cause of unemployment and in particular, youth unemployment.

Yet the causal connection between labour market regulation and unemployment is strongly contested in the Australian and international literature.

Recently, the FWC has approved enterprise agreements for companies such as Viva Energy, Qantas and Coca-Cola Amatil. These agreements include pay freezes followed by moderate increases – enabling these employers to increase flexibility and improve competitiveness. So it can be seen that the FWC does not roam “at large”, sealing IR club-style deals. Rather, it acts on the basis of the evidence put before it – often in contested proceedings – in accordance with the Fair Work Act.

The latest iteration of the IR club is a stalking horse – just as it was in the 1980s – for radical labour market deregulation.

Anthony Forsyth has received funding from the Business Council of Australia, CFMEU (Mining & Energy Division), the Fair Work Commission and the Victorian Government. Anthony works as a consultant with Corrs Chambers Westgarth; however the views stated here are his own.