“Those bastards”: Small business owner hits back at Fair Work over claims he paid staff just $1.35 an hour 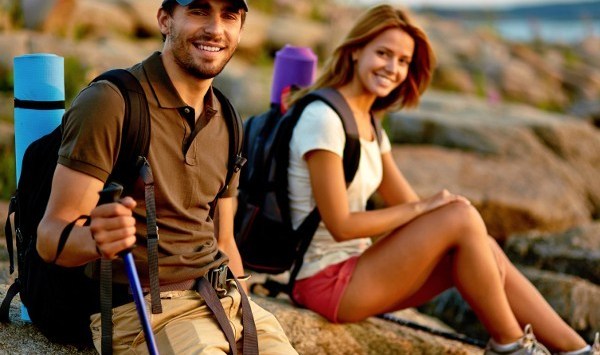 Backpackers are working in Australia on 417 work visas

A Tasmanian small business owner has hit back at the Fair Work Ombudsman after it started legal proceedings claiming he paid an employee just $1.35 an hour.

“The worst thing is to defend it is going to cost me an arm and a leg. We are talking tens of thousands of dollars and they know small business people like myself don’t have that money.”

The owner of Harold’s Glass and Hardware and the adjacent Rhythm & Vines café and bakery in Queenstown, Tasmania told SmartCompany the FWO’s claims are unfounded.

In documents lodged with the Federal Court the FWO claims Jackson paid an Italian backpacker just $270 for four weeks’ work – the equivalent of just $1.35 an hour.

The backpacker says she agreed to work for Jackson after he promised to sign off on her second-year 417 visa application.

The 417 is a temporary visa issued by the Department of Immigration & Border Protection to young people who want to holiday and work in Australia for up to two years.

To be eligible to apply for a second year, 417 visa-holders must undertake 88 days’ specified work in a designated regional area and in certain industries in their first year.

The FWO also claims Jackson underpaid four other backpackers from the UK and Japan.

Documents lodged by the FWO with the Federal Circuit Court allege the backpackers worked for Jackson for periods ranging from one week to four months and received irregular payments equivalent to rates of between $2.43 and $5.38 an hour.

The FWO claims two of the backpackers were recruited through advertisements Jackson placed on the Gumtree website stating that “88 day second year work visa sign off is available”.

The FWO claims the backpackers were underpaid a total of  $42,985 but were entitled to be paid more than $22 an hour for normal hours worked and up to $32 an hour for some weekend work.

Jackson engaged the backpackers to perform duties including sales, cleaning, labouring and construction.

But Jackson says the backpacker who complained to the FWO was a friend of his fiancée and put pressure on Jackson to sign off on her 417 visa.

“She came here as a guest of my fiancée, who is Italian, they knew each other and she turned up,” he says.

“I said ‘No, I can’t just sign people off like that’. I think she was here two-and-a-half weeks before I told her to leave. It was a horrible experience.”

Jackson says he did not underpay the other backpackers.

“[The FWO] interviewed these workers who could not speak English very well. I had no problem with that but then they sent me an email saying these people say they work seven days a week.”

Jackson says the language barrier means he doubts the FWO has received the right instructions from the backpackers.

“They would say yes to whatever you asked them,” he says.

Jackson says he did place the Gumtree advertisement but this was only available to backpackers who had the time in Australia and work history to be signed off.

“I’m hoping this matter can be sorted out at mediation,” he says.

Fair Work Ombudsman Natalie James said in a statement that inspectors made extensive efforts to engage with Jackson to try to resolve the matter without going to court, but were unable to secure sufficient co-operation.

“If you are engaging staff to do any kind of labour you need to consider the possibility they will be covered by an award and if so find it and comply with it,” he says.

Massaro recommends checking the Fair Work website or calling the FWO to make sure your staff are under the correct award.