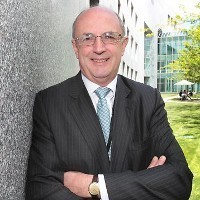 Reith, who was a minister in the Howard government, used his column in the Fairfax papers this morning to call on Prime Minister Tony Abbott to modify the country’s unfair dismissal regime, which he labelled “Australia’s runaway growth industry” that has “no barriers to entry for a disgruntled former employee looking for a few quid”.

“The tradies and small business people are obviously happy with the budget’s tax benefit but I doubt they’ll still be talking about it much after July 1,” Reith said.

“That’s politics, however good you were last week, the voters will be looking to see what you can do next.”

While Reith said the government pitched this month’s budget as a way to create more jobs, he believes the unemployment rate will only deteriorate.

“And one big reason for that is unfair dismissal,” he said.

“It’s the real sleeper for many in small business.”

“It should be not only one of Prime Minister Tony Abbott’s priority concerns but it should also be an opportunity for Abbott to reinforce his support for small business.”

“There are about 70 claims of unfair dismissal each working day—more than one in every seven minutes that the Fair Work Commission is open,” Reith said.

“Since Labor changed the system, there has been almost 80,000 termination applications lodged. About twice as many than under the Coalition.”

According to Reith, more than 21,000 unfair dismissal claims were lodged during the first two years that the laws existed, under the Keating government. Between 1997 and 2006, under the Howard government, there were around 76,000 applications. Following the introduction of the Howard government’s WorkChoices regime, Reith said there were around 20,000 applications for unfair dismissal in a three-year period.

The hidden cost of “go away money”

But Reith said the “real story about unfair dismissals” is that most claims by employees are resolved before they reach the Fair Work Commission because it is cheaper for small businesses to pay the employee “go away money”.

“As one small businessman said to me recently, it’s ultimately cheaper to pay someone $5000 to drop their claim than to close your business for two days and fight your case at the commission,” Reith said.

“Unfair dismissal has effectively morphed into a secret tax on businesses—and no one is talking about it.”

Reith argued unfair dismissal protections need only be in place to “act as a safety net to protect against the extreme behaviour of an unscrupulous boss”. But the current regime assumes all small business employers operate that way, he said.

“The very idea that the owners of Australia’s 2 million small businesses wake up each morning and rub their hands together with Dickensian villainy looking for a reason to sack a valuable worker is laughable,” he said.

“After all, any good business person will tell you that a competent employee can make or break a small business.”

Employers are “dealing with a very broken system”

Employers have previously told SmartCompany they feel “the victim of a very broken system”, with one human relations manager saying in April it is extremely difficult for small and medium-size Australian businesses to win a case before the commission and the end result is employers being “afraid to performance manage” employees out of fear for what could happen to their company.

“We’re dealing with a very broken system on an ongoing basis,” Freechoice human relations manager Suzanne Ozioko said, after Freechoice lost an unfair dismissal dispute despite one of its former employees being responsible for a botched order from a supplier that cost the company more than $600,000.

Peter Strong, executive director of the Council of Small Business, agrees the current system is “ridiculous” and backs up Reith’s claims that it is cheaper for most small business owners to pay “go away money” to former employees.

While Strong says the Fair Work Commission has recently made some effort to “streamline” the complaints process, he says the commission must “pick up the ball game on this and realise it is costing the economy and good honest families”.

“The commission has no idea about reality,” Strong says.

“They try to create a world that doesn’t exist and make the world act a certain way it can’t act.”

Strong says the current system is based on the assumption that the employee is always the victim, but that ignores that a small business owner can also be the victim of a “misled employee”. It also doesn’t account for the fact that the termination of an employment contract can be a mutual decision but an employee then has the ability to make an unfair dismissal claim retrospectively.

Strong believes the Productivity Commission’s current inquiry into the country’s workplace relations system should be the mechanism by which the laws are changed, noting it was extremely difficult for the Coalition to attempt to change the rules in the current political climate.

But Reith said the government’s inaction on unfair dismissal means the chances of that inquiry bringing about reform are slim.

“Every successful prime minister has understood that government has a responsibility to provide a legislative framework that proactively addresses inequities while stimulating economic growth,” Reith said.

“If our PM can’t even help small business with unfair dismissal then what chance [is there] he’ll do anything when the Productivity Commission finally makes its recommendations?”