Union stoush could lead a boycott of Paddle Pops this summer 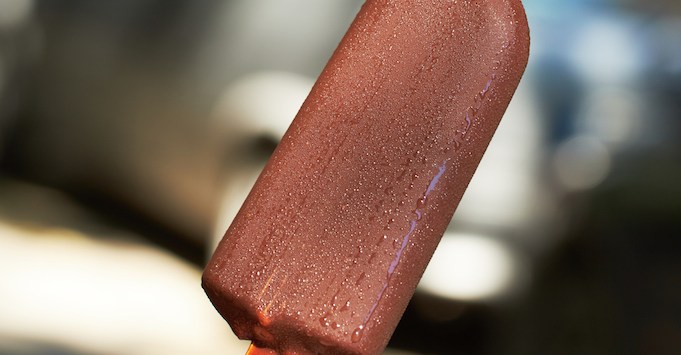 The union representing factory workers at ice-cream maker Streets has said it will urge the public to boycott the brand’s products, including Paddle Pops and Magnums, if the company successfully terminates the workers’ enterprise bargaining agreement.

Streets’ parent company Unilever has applied to dissolve the agreement that covers workers at its Minto plant, but the Australian Manufacturing Workers Union (AMWU) claims this could result in some staff workers having their pay packets reduced by more than 40%.

This morning Fairfax reports the AMWU will be campaigning for the public to boycott Streets products, in a similar way to the Carlton United Breweries boycott earlier this year, if the agreement is axed.

The agreement expired at the start of this year, giving Unilever the opportunity to apply to the Fair Work Commission to have it discontinued.

Over the weekend, the AMWU has shared anonymous text messages from workers at Streets claiming if the agreement is abolished, they may not be able to pay for living expenses.

This is one of the anonymous texts we received from a Streets employees about the 46% pay cut https://t.co/3RTDi0rkbY #auspol #ausunions pic.twitter.com/jfRAdsi4RF

Employment lawyers and business groups have told SmartCompany this morning there has been plenty of movement on enterprise agreements this year, and while EBAs do not often directly apply to SMEs, business owners should understand the issues at play and how their competitors structure work conditions.

McDonald says action has been “ramped up” on enterprise agreements over the past year, and this is in part because a number of EBAs at large companies have come to an end, giving employers opportunity to renegotiate with workers, while others have been directly challenged by workers.

“The opportunity is there for the employer in tightening times,” he says, highlighting that businesses are reviewing the terms of their workplace agreements and have the opportunity to argue to the Commission that the current terms aren’t appropriate given productivity concerns.

Workplace lawyer Peter Vitale explains that in the absence of an enterprise agreement, workers’ entitlements go straight back to the industry award, unless the employer puts in place a transition period.

“What it means is that new employees would then be engaged on the award conditions from then,” he says.

A spokesperson for Unilever has told Fairfax that in this case, if the agreement is dissolved, the company will look to preserve the worker’s current pay rates until April 30 of next year, or before that if a new agreement is agreed upon in the mean time.

In general terms, the switch from a bargained agreement to an award can affect more than pay. It can also mean other work practices covered by the agreement no longer apply to workers, Vitale says.

When a business like Streets approaches the Fair Work Commission to have an agreement terminated, it will likely do this after other negotiation attempts have been made, he says. Then, it will present a case to the Commission about the effects the agreement is having on productivity.

The Commission will then take into account a range of factors, including the impact on the public and the views of the employees on the issue, Vitale says.

The idea of a boycott

The AMWU has suggested a public boycott of Streets products if the workers’ agreement is terminated, citing the significant impact this decision would have on workers.

Council of Small Business Australia chief executive Peter Strong says this has the potential to affect SMEs who “have nothing to do with the EBA”.

“Is the union is expecting the local newsagent to ring up Streets and say, ‘stop selling this [the products]’, really?” he says.

Earlier this year, pubs and clubs across the country took part in a boycott of Carlton and United Breweries products after workers lost their jobs over a terminated contract.

Strong says that overall, the presence of enterprise agreements and the different conditions for workers that result from these are “confusing and unfair”.

In terms of the Streets negotiations, he’s worried about the impact on SMEs who could be pressured into not selling the company’s items.

McDonald says the tone of these workplace disputes have changed significantly over the past two decades, with technology playing more of a role.

“We live in an age of social media, and it’s a natural flow-on that you would use social media here,” he says.

He says “it is much more difficult to stop a public boycott” of products in cases like these now that social platforms can be used to call on businesses to do this.

What do SMEs need to know?

Most SMEs will have employees covered by the relevant industry award, rather than an enterprise agreement, but McDonald says SMEs should still keep track of how issues like the Streets dispute plays out.

He says pay agreements and worker conditions continue to be in the spotlight, observing “it’s still difficult to run a lot of businesses at the moment”.

Strong says he hopes businesses know any boycott of Streets products would be voluntary if it happened, and that if a business did decide not to stock a product, they’d find an alternative to stock.

SmartCompany has contacted Unilever and the Australian Manufacturing Workers Union but did not receive a response prior to publication.

The application is currently before the Fair Work Commission.