It’s not about this job, it’s about the next: Gillian Franklin 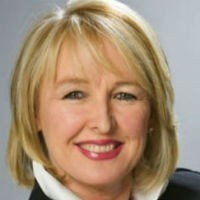 When Gillian Franklin started her career, she decided she wanted to become a general manager by the time she was 30. She was appointed to her first general manager position at age 24.

Franklin, who is now the managing director of her own cosmetics company, Heat Group, originally dreamed of becoming a lawyer. When she realised she could not afford to go to university, she changed course.

She got her first job in her early 20s working as a marketing assistant for Revlon in South Africa, where she grew up. This was the beginning of her career in the cosmetics industry, and it skyrocketed rapidly from there.

Just three years later, Franklin was promoted to general manager of her division of Revlon at age 24. So how did she make it happen?

“One of the main factors was incredibly hard work,” Franklin told Women’s Agenda.

“I was determined to learn everything I possibly could about the business. I wanted to make sure that if anyone had a question, I would be the one who could answer it. I’ve always believed that a result is proportionate to effort, and that superior effort will produce superior results.”

But the other motivating factor forFranklin’s success? She wanted to have a baby by the time she was thirty, and she knew the only way she could do so would be to gain enough superiority to be afforded the flexibility and extra income required to start a family.

“So when Revlon offered me two jobs; one in a large division, in a role three levels from the top, and one in a smaller division but two levels from the top, I surprised them by choosing the latter option because I knew it would get me closer to my goal. This really paid dividends for me. And nine months later I was appointed general manager.”

She said this decision reflects one of the most important pieces of advice she gives to young women in business: It’s not about this job; it’s about the next job.

“I always tell young women to ask themselves, is taking this job the best way to get closer to where I want to be in ten years?”

During her years in the industry, Franklin began thinking more about how she could assist young women with similar aspirations to hers. She started an initiative to encourage young women to understand the importance of financial independence.

“Young girls often have this idea that they will marry the prince and live happily ever after, but I wanted to show them that they needed to think of their own financial independence and empowerment,” she said.

“I wanted them to start thinking: I don’t want to have the prince come and put the slipper on my foot – I want to own the store that sells the slippers,” she said.

“I decided it was time to put my money where my mouth is and create my own complete financial independence,” she said.

This was the beginning of the Heat Group, a cosmetics company that is now an industry leader.

Franklin also decided to use her new business to put in place the strategies she so desperately needed when she was dreaming of starting her family.

“We immediately established three full months paid maternity leave, which was unheard of at the time,” she told Women’s Agenda.

“I made a commitment to supporting young women, and especially young women who wanted to be mothers. I am so opposed to the idea that you can’t have it all if you want it. I believe it is possible to work full time, be a mum, be happy and be free from guilt, all at the same time,” she said.

Franklin said she hopes her model will inspire corporate Australia to follow suit.

“The most important message to the business community is that diversity works. The role of women and diversity is completely undervalued,” she said.

“If the business leaders of today really believed that diversity would help their business, they would make real commitments.”

“Working mothers are the most powerful economic demographic in Australia.”

Franklin said her advice to young women in business is simple: Be true to your convictions. Never compromise your integrity. Focus on the long term. And remember: It’s not just about this job, it’s about the next job – and the next one, and the next one after that.