Kids these days! Entrepreneurship the key to addressing youth unemployment 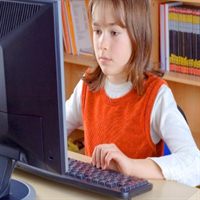 Implementing policies which encourage entrepreneurship would help raise the quality of jobs for youth in Australia, according to Ernst and Young global vice chair of strategic growth markets, Maria Pinelli.

Australia’s relative strength in comparison to other G20 countries is its ability to create jobs for youth, she says, but when it comes to the quality of those jobs, Australia scores a six out of 10.

“What could be really valuable here is to continue to sustain economic performance, but grow a competitive advantage, and create a stronger skills gap,” she says.

“And there are plenty of opportunities to do that and transform to a digital economy, or a knowledge economy.

“Your education system is quite good, we could probably implement more policies that push education to the types of education that promote digital entrepreneur startups.”

“There seems to be a lack of early stage angel capital and VC capital in Australia, and I think that’s a great opportunity,” she says.

“However I truly do believe capital without mentorship is lost capital.”

In addition she believes Australia’s culture of entrepreneurship needs to be strengthened.

“I think it’s really important that entrepreneurship is not only embedded in the business disciplines,” she says.

“Even in areas like the arts, I think there’s an interesting mix there with the creative economy, together with entrepreneurship, which can be really powerful together.

“Anything that can be done in early education is really important as well. The earlier the better. You want to build an entrepreneurial culture, one where it is aspired to as a potential career option.

“Why not aspire to something entrepreneurial? I think that would be very helpful.”

Currently youth unemployment across the G20 countries sits at 16% and Pinelli says encouraging entrepreneurship is key to reducing that figure.

“Fostering a vibrant entrepreneurial ecosystem is one of the best ways to deal with youth unemployment, thanks to the large number of jobs that entrepreneurs create and the path to fulfilment that starting a business can offer young people,” she says.

Pinelli stresses that there is no one-size-fits-all approach, and issues are best tackled on a country-by-country basis. But she does point to ten general recommendations put forward by the paper as ways in which G20 countries can encourage entrepreneurship.

Creating funding mechanisms, either government- run or government-backed, that make mentorship and financial education a condition of funding;

The recommendations will be presented at the G20 Youth Entrepreneurship summit in Sydney between 18 and 21 July, and fed into the G20 Leaders’ Summit in Brisbane in November.