A bias against ‘quirky’? Why creative people can lose out at work 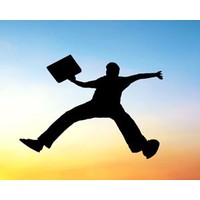 Creativity is good – and more critical than ever in business. So why do so many once-creative companies get bogged down over time, with continuous innovation the exception and not the norm? Wharton management professor Jennifer Mueller and colleagues from Cornell University and the Indian School of Business have gained critical insight into why.

In a paper titled Recognising Creative Leadership: Can Creative Idea Expression Negatively Relate to Perceptions of Leadership Potential?, Mueller and co-authors Jack A Goncalo and Dishan Kamdar undertook three studies to examine how creative people were viewed by colleagues. The troubling finding: those individuals who expressed more creative ideas were viewed as having less, not more, leadership potential. The exception, they found, was when people were specifically told to focus on charismatic leaders. In that case, creative types fared better.

But the bottom line is that, in most cases, being creative seems to put people at a disadvantage for climbing the corporate ladder. “It is not easy to select creative leaders,” says Mueller. “It takes more time and effort to recognise a creative leader than we might have previously thought.”

That reality should be of concern to those who sit in corporate boardrooms around the globe. In a survey of 1,500 CEOs by IBM’s Institute for Business Value, creativity was named the single most important attribute for success in leading a large corporation in the future. That finding is hardly surprising to Mueller. “There is research that shows that those who have their own creative ideas are better leaders,” she notes. “Those individuals know how to recognise good ideas, are open to them and know how to get creative ideas through [the organisation]. Selecting creative leaders is the critical challenge organisations face.”

But understanding the need for creativity within a large company is not the same as actually fostering it. Indeed, Mueller’s work shows that those who think outside the box may be penalised for it. In the first study included in the paper, Mueller and her colleagues examined this trend at a division of a large multinational refinery in Central India. A total of 346 employees took part in the study, with 291 of them being evaluated for leadership potential and 55 employees making those evaluations.

The raters were asked to fill out questionnaires on these 291 individuals, grading them on both the degree to which they came up with new, useful ideas and the extent to which they were likely to “become an effective leader” and “advance to a leadership position.” In analysing the data, Mueller and her team controlled for the likelihood that some creative types were simply not interested in moving up the management ranks.

The group found a significant correlation between being creative and being seen as poor management material. “By definition, people will say creativity is positive,” Mueller states. “It is almost impossible to get people to say they don’t want creativity. But when someone actually voices a creative idea, there is a response of, ‘Wow – What is that?’ This issue really comes to life at the moment the idea is voiced. There is discomfort when people encounter creativity.”

That finding was borne out in a second study. Here, Mueller and her colleagues studied 194 students enrolled in a large university in the northeastern United States. Half the group was put into the role of “idea pitcher”, while the other half had the job of evaluating those ideas. The challenge was to come up with an idea for how an airline might generate more revenue from passengers. Among the idea pitchers, half were told to come up with a creative solution to that problem, which was defined as one that was both novel and useful. The other half were told to come up with an idea that was simply useful. Students had 10 minutes to pitch the evaluators on their ideas, and then the evaluators rated them on several factors including how creative the idea was and what sort of leadership potential each one had.