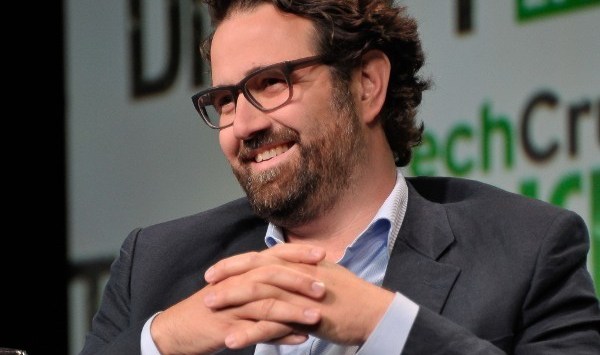 Mikkel Svane describes the origin of Zendesk as a “traditional bootstrap startup”. The 43-year-old is based in San Francisco and currently visiting Melbourne to open the company’s new APAC Development Centre.

He laughs as he recalls the early days of building the customer service platform with co-founders Alexander Aghassipour and Morten Primdahl, fighting over the “one good chair” in Aghassipour’s loft. Zendesk now employs 600 people and in 2013, recorded annual revenues of $US72 million ($A76 million).

Zendesk started in 2007 in Copenhagen, with myself, Alexander Aghassipour and Morten Primdahl. The three of us are all still involved in the company.

I have always worked with technology. My co-founder Morton and I spent a few years working in the customer service industry so that was what inspired us.

It was a traditional bootstrap startup. The three of us worked out of Alex’s loft, building the product. And we struggled with all the things you struggle with: running out of money, working far too closely together. We only had one good chair!

We were in the fortunate position that we started getting customers right out of the bag. And it was a global customer base, from all over the world. There was a lot of organic uptake, with customers finding us on the internet and coming to us.

After a couple of years we started to see momentum and that’s when we moved the business to the US.

Initially we funded the business with our own money. Then in 2008, we persuaded some family members and friends to invest a little bit in the company.

We listed on the New York stock exchange in May this year. It was a lot of fun, but also a lot of work. Going public was a big distraction for the organisation but it has definitely been worth it.

You learn a lot about your company by going public. It was a big maturity step for us. But it takes a long time and it’s not something you want to do before you are ready.

Becoming a public company is about more than just raising capital. Raising money is part of it, but going public makes you a different kind of company. It changes others’ perspectives about you.

It’s like moving out of your parents’ basement, standing on your own, and being proud of how you run your company.

It was part of our destiny. We see ourselves as part of the new generation of software companies and so it felt like a very natural step for us.

I couldn’t have imagined in 2007 that we would be taking the company public. As a startup, you take one deal, one objective, at a time. And when you reach the peak of one mountain, there is another mountain behind it. But that’s the fun.

We had an office in Melbourne for many years but this week we are opening a Development Centre, which will give us room for hiring up to 100 people. Last quarter we had 40 employees in Melbourne so we are really expanding what we are doing here.

We started out with local sales support, but hiring developers and engineers here has been very good for us. Some of our very early customers came from Australia and New Zealand and we’ve always felt very welcome here.

We work with more than 1000 organisations in Australia, and more than 500 in New Zealand. Our clients include large organisations like REA Group, Lonely Planet and Fairfax Media, as well as a bunch of small companies and some great startups.

One of the advantages of the product is that it is built on cloud technology, so it can serve small businesses with only a few people as well as large organisations with thousands.

We also have a special program for startups, which they can use for free for the first 12 months. It’s a great way for small startups to start thinking about customer service as part of their core offering. And we work with local incubators such as Fishburners.

It is hard to say if Australia is becoming an increasingly important region for technological development. We moved our company to San Francisco as it was the best place for us to build.

There are a lot of places in the world with great talent and quality of life, and Australia is definitely one of those areas. People love living here and being here, so it’s a great place for us to do business.

The only downside is that it is very far away and so it’s a long journey to get people in and out. But it has the advantage of being close to the Asian region and we can collaborate with our offices in Asia.

When we started out, it was all about building a great product and getting customers, and it wasn’t much more complicated than that. But now it is more complex, much more diverse, and so we have short and long term business plans.

I’m not super experienced as a chief executive so a lot of this is new to me. I’m learning along the way. We’re on a big interesting adventure.