A surgeon at work: NAB’s head of operations, Gavin Slater 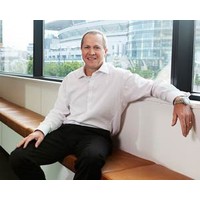 It is November 2010 – the most stressful moment in the working life of National Australia Bank’s Gavin Slater. Slater, as NAB’s group executive, group business services, is responsible for the bank’s operations. At the time, the bank’s operations had been in chaos for more than a week.

A computer glitch has left many of the NAB’s four million customers without access to their money, and businesses and merchants struggling to trade with their banking facilities offline.

Slater is asleep on the floor of the bank’s incident management office at Knox in Melbourne east. He has been there every day since the crisis began, not staying every night, but staying some. A team of technicians is working frantically around the clock to find out what is wrong and get it fixed.

Why is Slater there?

He has no idea how to fix the glitch, by his own admission, despite being the ultimate head of the technology division to whom the bank’s chief information officer, Adam Bennett, reports.

The reason Slater is in the incident room vividly illustrates his leadership priorities, then and now. He says: “What I’m trying to live by is that, when things are not going well, there are a number of things you have to demonstrate as a leader; one is composure, the second one is visible leadership.”

Together with Bennett, Slater provided the technical staff with the most basic of support – food, vouchers for cabs to ensure very tired staff got home safely, and the knowledge that their leaders were willing to suffer alongside them until the issues were resolved.

It was unclear at the time whether Slater would even retain his job, given the scale of the problems NAB faced at the time. “I would have accepted losing my job because that’s part of accountability. It wasn’t my fault, but it was my problem because we are accountable. But I’m glad I didn’t lose my job and I didn’t want to lose my job.

“In situations like that, you don’t worry about your job. You actually worry about getting the situation resolved, and you’re going to think about the organisation [and] the customers and the staff, and get through it.”

Banking brought up to date

Slater held onto his position, supported by NAB’s chief executive, Cameron Clyne. Two years later, he is deep into a 10-year transformation of the bank’s technology and with it, the entire organisation. “The term I use is like a full body transplant. I am not just operating on the heart; I am transplanting heart, lung, spleen, liver, spine. We’re effectively re-architecting the entire organisation.”

And that includes changing the way everyone in the bank works, says Slater: “If you just take this new technology and you still continue to operate with your old structures, your old group practices, policies and procedures, you haven’t changed anything.”