Leading across borders: How one executive met her Indian workforce halfway 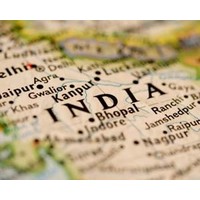 The task of leading the new office fell to Bridget Beattie, on top of her usual role as Right Management’s Australia-New Zealand head. Over two years, she had to integrate the Indian office into Right Management’s corporate culture, and to get the business performing. “I’m just about at the end of that two-year journey, and overall I think it’s gone really well,” she says.

Beattie spoke to LeadingCompany shortly after the launch of Leading Across Culture in the Human Age, a report by Right Management based on interviews with 1,867 leaders who manage teams globally. Ten percent of the leaders were Australian.

Right Management researchers conducted in-depth interviews and rated leaders according to six competencies they deemed crucial to leading globally. American leaders topped the charts on most of these competencies, but Australia wasn’t far behind. Australian leaders scored highly on the ability to adapt socially and to demonstrate creativity, but struggled with instilling trust and navigating ambiguity.

Beattie hesitates to draw inferences as to why this might be the case. “It’s only a relative score, and overall Australians did quite well,” she says.

“But if you look at Australia’s core cultural values – forthrightness and all that – it can be seen as rude in Asia,” she muses. “In Singapore or Japan, where respect is so crucial, that might lead to them thinking ‘I don’t trust that person’.”

But managers shouldn’t take this to mean they have to become a different person when leading overseas, she cautions.

When Beattie was in India she had to give way on some issues to adapt to local culture and build rapport with her staff, but she stood firm on others.

Beattie loves India, she says, a fact that she feels helped her build rapport with many of the people she dealt with.

“I took my husband over for a few months. We travelled around a lot, saw a lot,” she says.

“When you start to do that you understand a little, you ask questions and get enthusiastic, and that’s nothing more engaging for someone than to have a visitor come and talk enthusiastically about what they’re experiencing in your country, when you talk about what you like and what you’ve seen, how it’s impacted you.”

A lot of Westerners find India challenging. Beattie is no exception. “It’s overwhelming, physically. There are so many people; everything’s in your face, there’s noises, smells, heat.

“It’s all so different, yet also familiar. They mostly speak English, certainly in business. And they have a whole lot of customs that are taken from England.

“After a while, you start to realise that in India everything is fundamentally a paradox,” Beattie laughs. “That comes from the religious experience, from their long, long history. You can’t understand anything in isolation.”

This led to management challenges. “Everything is delivered late; everyone is quite resistant to change. It’s quite hard to work on projects. And then, suddenly, everything gets done. It’s that paradox again.”

Beattie struggled with the role of hierarchy in Indian society. To head a particular project, the only person who had the appropriate skills was a young woman two levels lower than a project manager. Beattie promoted her over others.

“People were aghast. I had to spend a lot of time explaining why. The people who had the seniority to get the job, they weren’t competent for it.”

Despite the upheaval, the promotion worked, eventually. Many of the younger workers, the ones lower down, accepted it, Beattie says. “They know this is where India needs to move.”

But the change won’t come cheaply. In Beattie’s case, two of the businesses’ senior leaders left shortly after. “It was somewhat of a face-saving move for them,” Beattie says. “I get that. I would still make the same decision though.”

On other issues though, Beattie had to give way. In India, she explains, family and business are all “mixed up together”.

“I go to business lunches, but as far as I’m concerned, the night time is for my family,” she says. “Not in India.

“I got invited to people’s homes and I was expected to go. I went to weddings. If I was true to myself, I wouldn’t have gone. But I did go. I saw it as meeting them halfway.”

When leading in a different country, Beattie says, leaders must ask themselves what they’ll compromise on, and what they won’t, making sure both sides do a little give and take. Leaders shouldn’t change who they are to fit in.

“I can’t stress how important it is to be authentic,” she says. “People can ‘smell’ when you’re not true.

“I don’t know how long this will last, but in India, the good thing is right now they see anything that comes from the West, from a business practice point of view, as good, and as usually better than what they have. They’re going to move very quickly to a modern Western business style, with an Indian flavour of course. I realised very quickly that they wanted to learn from me. I was very free with explanations.”

After a while, Beattie says, she became part of the furniture, no longer the “Australian” manager, but just the manager.

What advice would she offer others?

“Listening is always going to be a good thing wherever you are, and to remember that in any particular culture, not everyone will behave the same way.

“And I do think it’s important, when you’re dealing with any culture, to fundamentally expect good intentions … If you’re continually judging, interrupting, you’re just not going to get anywhere.”

Source: Leading Across Culture in the Human Age, Right Management