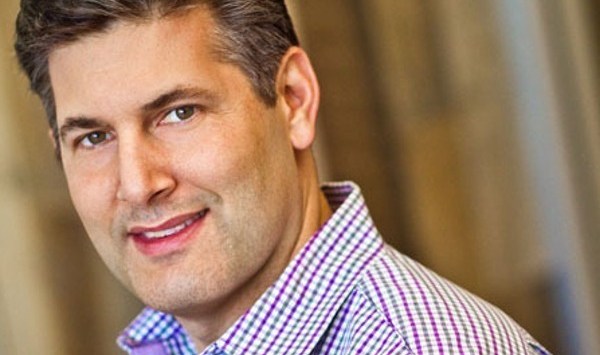 Adam Nash may be the chief executive of a $US700 million company but he has also become somewhat of a guru on personal finance.

Nash became the chief executive of online investing platform Wealthfront in January 2014 after a career that included stints at Apple, eBay and LinkedIn. He has delivered his “Personal Finance for Engineers” presentation across Silicon Valley to the employees of companies including Google, Twitter, Facebook, LinkedIn, Pinterest and Dropbox.

Nash is also a reader and, according to Business Insider, has a list of nine books on personal finance that would be useful for any entrepreneur or small business owner who is looking to improve their finances.

1. The Wall Street Journal Guide to Understanding Money and Investing by Kenneth Morris and Virginia Morris

First written in 1999 and revised in 2004, this book is an introductory guide to the world of finance that aims to use everyday language to get behind the jargon and explain financial concepts including buying stocks, bonds, mutual funds, futures and options. The book also offers a guide to spotting financial trends and evaluating the financial performance of companies.

2. The Millionaire Next Door by Thomas Stanley and William Danko

Stanley and Danko’s book was also written some time ago but its lessons for why some individuals become wealthy and some don’t are still valuable. The authors studied numerous millionaires in the US, comparing the behaviour of individuals who are “Under Accumulators of Wealth”, those who have a low net wealth compared to their income, and those who are “Prodigious Accumulators of Wealth”, or whose accumulation of wealth is high in comparison to their age and income.

3. A Random Walk Down Wall Street by Burton Malkiel

Burton Malkiel is an economist from Princeton University and his 1973 book popularised the “random walk” hypothesis of investing. According to Malkiel, the prices of assets will typically exhibit a random walk and therefore average investors cannot usually pick stocks that will outperform market averages.

The quality of Warren Buffett’s investment advice is well-documented and this book is a collection of some of the Oracle of Omaha’s best writing on topics including corporate governance, corporate finance and investing, common stock, mergers and acquisitions, and accounting and taxation.

Fisher’s guide to investing has remained in print ever since it was first published in 1958. An advocate of long-term investing—Fisher’s most famous investment was stock in Motorola that he bought in 1955 and held until his death in 2004—Fisher’s investment philosophy is based on buying great companies at reasonable prices and selling a stock “almost never”.

6. The Intelligent Investor by Benjamin Graham and Jason Zweig

Benjamin Graham first began teaching value investing at Columbia Business School in 1928 and the first edition of The Intelligent Investor was published in 1949. This approach to investing is based on prioritising the real-life performance of stocks, rather than day-to-day market fluctuations.

The subtitle of Devil Take the Hindmost is “A History of Financial Speculation” and Chancellor takes the reader through a plotted history of how market speculation has evolved from 17th century Holland, through to the internet and foreign-currency fuelled speculation of the 1990s.

8. When Genius Failed by Roger Lowenstein

When Genius Failed is an unauthorised case study of the creation, success and then spectacular collapse and bailout of US hedge fund Long-Term Capital Management. All of this took place within the space of just five years with Long-Term Capital Management going from a fund that managed more than $US100 billion in assets to one that needed bailing out by the Federal Reserve Bank of New York.

9. Against the Gods: The Remarkable Story of Risk by Peter L Bernstein

Bernstein’s book is all about risk, both financial and otherwise. Based on the scientists and amateurs who uncovered the notion of risk, Against the Gods examines concepts such as probability, uncertainty, the difference between chance and skill, how investing and gambling interact and rational versus irrational decision-making.