All about leadership and excellence: NAB’s Jillian Segal 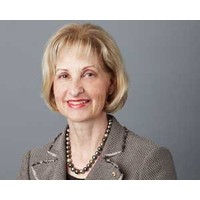 For Jillian Segal, a director of the National Australia Bank, the lucky eight people each year who are awarded a John Monash scholarship exemplify everything that is important in leadership. “There is a focus on excellence, on academic study, and on finding a path through that to contribute back to Australian society,” Segal tells LeadingCompany. “To be a leader in a particular field, that is what each of these scholars is motivated to do; to give back and be ambassadors.”

Segal is a chairman of the General Sir John Monash Foundation, which provides eight overseas study scholarships each year to graduates from Australian universities. “It’s one of my key areas of interest and passion: sending talented young Australians overseas to do post-graduate studies and establish international networks. It is all about leadership and excellence.”

Segal is one of Australia’s most powerful non-executive directors.

As well as her role at NAB and the foundation, Segal is a director of the Australian Securities Exchange and the Garvan Institute of Medical Research, a member of the federal government’s Remuneration Tribunal and deputy chancellor of the University of New South Wales.

A former corporate lawyer, Segal is a strong advocate on the subject of women and leadership. She is a member of Chief Executive Women, co-chair of the Australian chapter of Women Corporate Directors and a fellow of the Australian Institute of Company Directors.

It is rare, however, for Segal to give media interviews.

In this wide-ranging interview with LeadingCompany, Segal discusses the goals and pitfalls of leadership, and talks about her own development and why she took the job on NAB’s board, and offers inspiration and advice for ambitious women.

The path to the top

Segal is herself the product of a scholarship; she completed a Master of Laws (LL.M) at Harvard University. It was an opportunity to travel, to study with world-class professors and be part of a milieu of rigorous thinkers. “I thought it gave one a broader perspective on a range of issues,” Segal says. “Particularly for Australian leaders, given our distance and our interconnectedness with the rest of the world, it is important to live in different jurisdictions.”