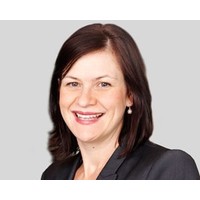 Leadership is a time-consuming task, and yet most leaders are exhorted to set aside time for contemplating the “big picture” – the future of their industry, their company or the economy.

When it comes to managing time, then, Emma Warren has some pointers to offer a harried leader about how to get the most from every minute.

Warren is a partner at the 1700-strong law firm, Allens, and head up one of the firm’s sectors – infrastructure and transport – a new initiative by the legal firm to increase the business across 10 business sectors. “We recently implemented a sector strategy,” Warren tells LeadingCompany, explaining that it involves focusing in the firm’s key clients within sectors. “It is about also about identifying new clients and better understanding those industries.”

It’s a big task and one that involves co-ordinating and liaising with staff and partners across the eight practice groups. “We are not trying to change things that are working, but to think of new ways to help those clients, and bring a sense of leadership to those client relationships.”

What sets Warren apart from many other corporate leaders is that she works part-time: four days a week.

Warren, who joined Allens as a graduate and became a partner in 2005, has worked part-time since she had children. She was made partner while pregnant with her first child. Last year, she worked three days a week but increased to four days this year with her new role.

Lawyers are notorious for working long hours, and legal firms for expecting them. But Warren says part-time and flexible arrangements are “less unusual”. “There is a good healthy smattering of it around, certainly at non-partner levels,” she says.

Warren admits that working part-time as a leader is not easy. “Because people in leadership positions are very conscious and responsible, and like to be all things to all people,” she says.

She says her working and personal lives, at times, feel precariously balanced. “I have heard someone describe it as a house of cards: one puff and the whole thing comes tumbling down.”

Travel and sick children, for example, can explode a tight schedule, and Warren’s husband has his own demanding career, also as a partner at Allens. Contingency plans are essential – parents, nannies, and other people who are willing supporters.

Warren says she has realised that some decisions can afford to wait, and are results are the better for the additional time put into them.

“I am still learning about leadership, but when you are pressed for time, it forces you to be more conscious of how your respond and when you respond. For example, while it is tempting to fire off a quick email to get it out of your inbox, I have found the better decisions I make are the ones where I have taken the time.”

Other leaders are there if you anoint them

Delegating responsibilities does not come naturally to Warren (and most leaders), but her decision to work part-time has involved facing the reality that she cannot do everything herself. “Particularly with this sector role – it is exciting but I cannot do it all myself. I have to sit down, work out what I can do, and get other people to take ownership and leadership of some parts of the project.”

The key to success in this area is to set aside the time early in the project to consider the various tasks and milestones and allocate them early, before issues arise and in time for the team to stamp their own ideas and authority on the project.

Sharing control means sharing recognition. Warren has relinquished the need to be present at all meetings relating to the sector project. “I try to be at key meetings and face-to-face meetings, and to make key decisions. But so much is done on a national basis that it would be impossible [to be present] anyway. We do video conferences, and use the phone to our advantage.”

Warren has shifted her attitude to her diary – whole blocks of time are carved out for specific tasks with a diagonal line “I am more rigid about my diary; I block out space when I know I need to think about something. I have learned to take more control. For example, not scheduling meetings back-to-back all day. When I know there is a project on, or I need to prepare for a meeting or a difficult conversation, I block out the time to do it.”

Working part-time in a senior leadership role is, by its nature, a demonstration of new attitudes and possibilities, and is a sign of change in one of the most resistant of professions. “The whole idea of having to be physically present nine to five, or seven until eight, is not so prevalent anymore. There is more acceptance of fitting work around the rest of our lives.”

In particular, clients are very accepting of Warren’s work arrangements. “They are people too, with their own competing demands.”

But the hours remain long and with greater flexibility comes the risk of being available 24/7. “In the past, lack of technology created natural boundaries between the office and home; we don’t have that anymore,” Warren says.

“The challenge is to help people create their own boundaries. It is OK to work with people on what your expectations are.”