Are you a PRE-crastinator and does it make you more productive? 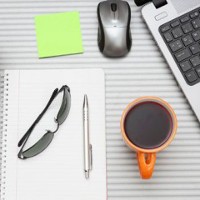 But this apparent time managing habit might not be as desirable as it sounds.

Researchers from Pennsylvania State University used an experiment involving buckets of water to observe the way that university students made decisions about exerting physical effort. The results surprised them.

It was assumed that most of the participants would pick the bucket near the end of the alley because it required the least amount of work. However, most of the subjects picked the bucket that was at the start of the alley, therefore giving themselves more work for no obvious gain.

This surprising finding puzzled the researchers. In order to better understand what was happening, they continued experimenting. They made the buckets heavier by filling them with coins, which increased the effort needed to carry the bucket to the end of the alley. But the extra weight didn’t change the behavior – most participants still chose the first bucket.

Professor of Psychology Dr. David Rosenbaum, who led the study, told the Journal of Psychological science that people appear to be “wired to suffer a significant physical cost to eliminate a mental burden.” I.e. by picking up the first bucket, participants didn’t have to remember to do it later – which leaves their brain free to concentrate on other matters.

From a work perspective researchers found that office workers who were prone to pre-crastination were spending time completing trivial tasks such as answering emails and paying bills ahead of schedule.

There could be some big drawbacks to this as productivity coach Faye Hollands explains:

“The big downside is that the lure of spending time on trivial tasks means you forgo prioritising effectively and could end up missing important deadlines or increasing the level of stress involved in getting the critical stuff done on time.”

Of course, for some people pre-crastination is a positive thing. Hollands notes that there can be a huge sense of productivity and satisfaction in getting things done. “There’s nothing nicer than ticking tasks off a to-do list,” she says.

Executive assistant Rachel Wood agrees, she says that she likes to be organised and getting trivial tasks out the way quickly helps her feel in control. She also notes that pre-crastinating helps her avoid stress.

“I am an organised person and a control freak for things that I can control. So if I can organise things ahead of time it is a lot less stressful for me. I am also a person who stresses if I am not on time,” she explains.

For freelance writer Megan Blandford, the habit of pre-crastinating means that she is always up to date with her work. “I’m obsessed with having everything organised,” she says.

And adding children into the mix has increased the pressure on Blandford’s schedule. She says that being a pre-crastinator means that if her children get sick or her partner has to work late she doesn’t have to worry as more often than not she is already ahead of schedule.

But there is a downside: “There is a constant feeling of always having to plan ahead and not being in the moment,” she explains.