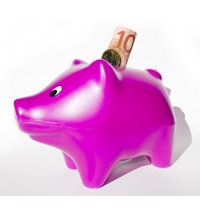 Legislation aimed at quashing the rise in executive pay is ill-targeted and misused, according to a panel of leading company directors speaking in Melbourne yesterday.

Arrium chairman Peter Smedley, Billabong chief Launa Inman and Ansell director Peter Day expressed concern at the effects of recent legislation, while acknowledging in some cases it had led to greater engagement with shareholders on the issue of executive pay.

“It’s a hammer to crack a walnut,” said Smedley, referring to the recently instituted two-strike rule, where the remuneration reports of publically listed companies are put to a shareholder vote at the AGM.

“I understand the issues behind it, but I don’t think the recent votes were over remuneration.

“The difficulty is that shareholders measure the business on the share price. But that fluctuates. [Executive] recommendation is based on where the share price is today. But the job hasn’t changed.”

However, she acknowledged that due to recent legislation such as the two-strike rule, conversations around executive pay were taking place. Under the two-strike rule, if more than 25% of shareholders vote against a company’s remuneration report two years in a row, a spill motion is triggered on the company’s board, potentially throwing out the entire board if more than 50% of shareholders vote to do so.

Day said if there was one thing to be said for the two-strike rule, it was that it is milder than measures in Switzerland. Last weekend, Swiss voters passed a law banning one-off bonuses when executives join or leave a company (so-called “golden parachutes”). The law also gives shareholders binding votes on executive remuneration (in Australia, shareholders have a non-binding vote).

Day added that he was concerned about the mooted “claw-back” provisions proposed by the federal government. Under the proposed law, for which the government is accepting submissions until March 15, companies would have to explain whether or not they have reduced executive bonuses in the wake of “material misstatements” of financial accounts.

“How often is such a claw-back warranted? I don’t know,” he said. “What will be the effect? Again, I don’t know.”