How long would you have to change an ASX200 company? Try four years 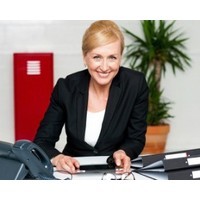 The turnover of ASX200 chiefs has fallen from last year’s record high, with just 15% of CEOs in large listed companies losing their jobs in 2012.

In 2011, 23% of ASX200 chiefs lost their jobs, as a wave of acquisitions swept through corporate Australia and chiefs appointed during the global financial crisis were turfed out. That 23% figure, however, was far higher than the global average, which had a turnover rate of just 14.2%.

The figures come from a Booz & Co global study on CEO tenure in large companies, which in Australia focused on the ASX200.

However, despite a step back from 2011’s turbulent times, the median tenure of CEOs got shorter in 2012, with the middle tenure dropping to 4.2 years from 4.7.

The median tenure was even shorter for externally appointed CEOs – just 3.6 years. Internal appointments had 4.5 years to leave their mark.

This shortening of the time CEOs have to lead a business is a global phenomenon, but it’s been especially pronounced in Australia, says the study’s author, Booz & Co partner Varya Davidson.

“Five or six years ago, the average tenure was six years. If you think of the difference, and the time frame it takes to make an impact, that’s pretty significant. And the fact that it’s widespread means it looks like a structural shift,” Davidson tells SmartCompany.

Modern boards are increasingly looking to CEOs as solutions to specific problems.

“Boards hire chiefs for turnarounds, to take the costs out, or to achieve a particular transformation, and once that’s delivered, they move them on.”

She adds that another factor, specific to Australia, is the high level of scrutiny on chief executives.

“Speaking to local Australian CEOs, they are voicing a concern about the quite intense personal pressure that they face in the role. There is a view that personal scrutiny is more intense in Australia than it is elsewhere in the world.”

“Tenures fall within the standard business planning horizon. So that means the CEO sets plans, but isn’t there to be accountable for their delivery.

“It does present some fairly fundamental questions in terms of accountability and governance.”

In terms of the types of people being appointed to lead Australia’s largest companies, the biggest change this year has been an increase in the number of internal appointments, Booz & Co noted.

“Currently, a higher percentage of [ASX200 companies] favour familiarity; they are hiring chief executives from inside their own ranks, rather than looking elsewhere for new leadership.

“The data in the study suggests that there are good reasons to do this. Internal appointees tend to have longer tenures, and in more recent years, they have had stronger shareholder returns.”

In 2012, the number of planned successions was the highest since Booz & Co began collecting data on the ASX200 in 2000 – 69% of CEOs left their role as part of a planned succession event, a figure far up on the 41% who left for this reason last year. The number of ‘forced’ successions, indicating sacking by a board, was also far lower, with just 12% forced to leave their job, down from 21% in 2011.

No woman has been internally appointed to the role of CEO in an ASX200 company since 2009, Booz & Co notes.