At the court of King Rupert: News Corp AGM preview 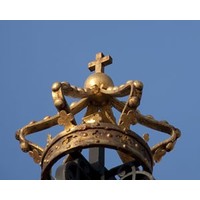 It’s now 15 months since the phone-hacking scandal at the News of the World went nuclear and devastated the Murdochs’ political power in Britain. And since that meltdown, the fall-out has wrought havoc right around Rupert’s world.

News Corporation’s $12 billion bid for Britain’s biggest media company, BSkyB, had to be abandoned, his son James was soon forced to flee to America, and Rupert was finally persuaded to cut his beloved newspaper business adrift. And there is the small matter of $584 million in damages to hacking victims, redundancies at the News of the World, penalty fees to BSkyB and lost profits from the NotW’s closure.

But despite these setbacks, some things remain the same, because Rupert’s power over the empire he created lives on.

Next week’s annual general meeting of News Corp shareholders in Los Angeles, at Hollywood’s Daryl F. Zanuck Theater (at 4am AEST, October 17) will see formidable forces ranged against the might of the Murdochs.

Pension funds and other institutional investors representing billions of dollars of News Corp stock will call for huge changes in the way the group is run. They will demand an end to the 81-year-old Rupert acting as both CEO and chairman, plus a cull of Murdoch’s friends and family on the board, and an end to the gerrymander that allows the Murdochs to hold 40% of the voting power in News Corp with only 12% of the shares.

But none of this will get anywhere, even if two-thirds of the independent shareholders vote for change, because Rupert holds almost untrammelled power over his $50 billion media empire, and there’s nothing anyone can do about it, unless the News Corp board revolts. Of which the chance is roughly zero.

The case for change is that the NotW hacking bomb was ticking away for five years in Britain under the noses of Murdoch and his managers until it finally exploded last July. During that time, News’ most senior executives in Britain destroyed documents, obstructed the police and lied to a succession of Parliamentary inquiries — as well as to the public — while Rupert and his son James turned a blind eye to the shenanigans, and the News Corp board snoozed comfortably on.

That same board failed to investigate any of the claims made by The Guardian in July 2009 or The New York Times in September 2010, and failed to act on scathing criticism from the House of Commons Culture and Media Select Committee in February 2010, viz that the “one rogue reporter” defence was not credible, that News executives had been seized by “collective amnesia” when giving evidence to Parliament and that Murdoch’s managers had “deliberately tried to conceal the truth”.

Worse still, the board’s compensation committee reacted to James Murdoch’s exact same failure to take those warnings seriously (as CEO and then chairman of News International) by awarding him a cash bonus of $6 million in 2011 and $5 million in 2012. In any other public company, not run like the family business, Rupert’s boy would surely have been out on his ear.

And if you need to refresh your memory on what the House of Commons Culture Committee’s report said about James’s behaviour in May this year, it is best summed up the words “astonishing”, “simply astonishing” and “wilful ignorance”. Britain’s TV regulator, Ofcom, was even more critical of James’s performance last month, describing his behaviour as “difficult to comprehend” and “ill-judged”, and commenting that it “repeatedly fell short” of what was “to be expected of him as CEO and chairman”.

Britain’s MPs on the Culture Committee were no kinder when it came to Rupert, pouring scorn on his claim that he had no idea what his hacks at the NotW, and its editor Rebekah Brooks, had been up to. “The notion that … a hands-on proprietor like Rupert Murdoch had no inkling that wrongdoing and questionable practice was not widespread at the News of the World is simply not credible,” was the MP’s opening shot.

They then followed this up with an even harsher rebuke, saying that if Rupert really didn’t know what was happening at any time between 2001 and 2011 (four years after two NotW employees were jailed for hacking), “he turned a blind eye and exhibited wilful blindness to what was going on in his companies and publications”.

The MPs also blamed the corporate culture at News which, they believed, Rupert encouraged: “This culture, we consider, permeated from the top throughout the organisation and speaks volumes about the lack of effective corporate governance at News Corporation and News International.”

And finally, they hit him with the big one: “We conclude, therefore, that Rupert Murdoch is not a fit person to exercise the stewardship of a major international company.” But it’s not only Rupert and James that those MPS attacked. News Corp and its directors also came in for a walloping, for “huge failings” of corporate governance.

“In failing to investigate properly, and by ignoring evidence of widespread wrongdoing, News International and its parent News Corporation exhibited wilful blindness, for which the companies’ directors — including Rupert Murdoch and James Murdoch — should ultimately be prepared to take responsibility,” the MPs concluded.