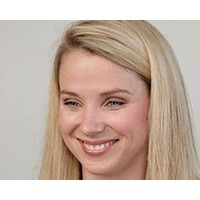 It helps if the boss has a pretty face, if new research is to be believed.

A working paper from two University of Wisconsin economists, Joseph Halford and Scott Hsu, found attractive chief executives tended to boost their company’s share price upon appointment, and also saw their company’s share price rise when they appeared on television. Their acquisition announcements were also more likely to be welcomed by the markets.

Halford and Hsu uploaded photos of 677 S&P 500 chief executives onto website Anaface.com, which rates people’s attractiveness based on their facial symmetry and adherence to particular desired ratios for nose and mouth width relative to the rest of their faces.

With these ratios in hand, the economists then measured share-price performance for these chief executives at particular junctures, such as in the days immediately after a chief executive’s appointment, or upon an acquisition announcement. They also compared television coverage that included a chief executive being shown on the screen to those that had no video coverage.

And they raised the profile of their companies, which can lead to benefits in public understanding of the business and sales.

“Overall, our findings suggest that more attractive chief executives have higher compensation because they create more value for shareholders through better negotiating prowess and visibility,” the working paper states.

The paper, however, didn’t look at the long-term success of companies with attractive CEOs – just their share price movement after specific events. That leaves open the possibility that a beautiful chief isn’t that important in a company’s long-term success.

Perhaps this isn’t surprising. In their working paper, Hsu and Halford whiz through all the different ways studies have shown being attractive helps you out. Studies have found physical attractiveness can predict election results, individual income (this was echoed in this study – attractive chief executives achieved a pay “beauty premium”), peer recognition, and even military ranks. In business, attractiveness has been shown to partly determine what managers are paid and what loans people can get.

But, Halford and Hsu write, no study had looked at exactly what impact attractiveness would have on something as seemingly dry and impersonal as shareholder value.

It might be superficial and cynical, but for publicly listed companies, the research suggests it pays to promote good-looking, at least in the short term.