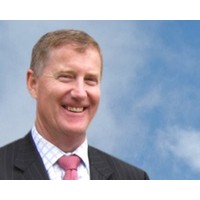 The CEO of Aussie Home Loans, Stephen Porges, has resigned from his position to “pursue other interests” just one month after the Commonwealth Bank of Australia bought 80% of the mortgage broker.

Porges led the company through the global financial crisis after becoming chief executive in August 2008 and worked closely with chairman and founder John Symond.

LeadingCompany contacted Aussie Home Loans this morning, but did not receive a response prior to publication.

However, Symond told The Australian that Porges felt he wasn’t the person to take the company “to the next stage”.

“There is going to be a lot more reporting, just on governance, being a big public company,” Symonds said.

The chairman added that he was down to “two or three” potential replacement CEOs, and that the decision on who to appoint would be his. This is despite reports that CBA will now appoint four of the six directors on the board of Aussie Home Loans.

In a profile with LeadingCompany two months ago, Porges stressed the broker’s continued independence.

“There was some confusion at the start from both staff and partners as to whether we’d simply become a CBA shop. It is, however, absolutely 100% business as usual.

“Having a very solid partner behind us that understands and values what we do – that is, providing in every situation the right product for the customer, for their unique situation, irrespective of the provider – simply means we’ll be a stronger competitor.

“Standing up for the consumer always has been, and will continue to be, in Aussie’s DNA.

“Customers have given us their trust. We’re very aware of that and the responsibility that brings. I’d hope that we’re judged on how we’ve performed with customers in the past and how we’ll continue to do so in the future.”

Last month, the Australian Competition and Consumer Commission assumed CBA would control Aussie Home Loans in its ruling on the matter. However, it allowed the purchase, given that the mortgage broker only had a 6% market share and there were other distribution channels for rival banks.