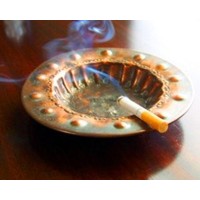 But size notwithstanding, Australian Ethical is causing a spot of bother for Norwegian recycling giant TOMRA, which last year bought a company that, among other things, manufactures sorting machines for tobacco manufacturers.

Australian Ethical owns less than 1% of TOMRA, which has a market capitalisation of $1.3 billion. But the Australian fund has managed to cobble together the votes needed to put up a resolution at TOMRA’s AGM, on April 22, which if passed would force the company to stop selling tobacco sorting machines within six months.

It’s a curious move. Australian shareholder activism is typically the preserve of plucky individual shareholders or high-profile funds managers. Superfunds, along with other institutions, are typically rather conservative in the issues they raise with companies. If they don’t like the direction of your business, they’ll voice their displeasure behind closed doors, or that failing, sell out.

“We didn’t sell out because TOMRA has so many positives that attracted us to them in the first place,” Australian Ethical’s CEO Phil Vernon tells LeadingCompany.

“They make reverse vending machines, which is basically a machine where you put your old bottles in and they give you cash back. From a sustainability point of view, the rest of their business is a fantastic product.”

TOMRA wasn’t receptive, so the fund approached other shareholders, starting with the ones who had signed the UN’s Principles for Responsible Investment. Investors which have signed the declaration must promise to monitor how environmental, social and corporate governance issues are likely to impact their investment portfolios. Australian Ethical secured the votes to put forward the resolution at TOMRA’s AGM.

“While the tobacco industry is in decline in developed countries, it is expanding its reach in emerging economies. Technologies that facilitate tobacco manufacture are therefore contributing to the devastating health and social impacts associated with tobacco consumption.

“A company like TOMRA that has grown significantly through its state-of-the-art recycling solutions has little to gain from its association with tobacco companies,” Australian Ethical chief investment officer David Mari wrote in a letter to TOMRA.

TOMRA disagreed with this assessment of the issue. In a letter to shareholders recommending they vote against Australian Ethical’s resolution, TOMRA’s board wrote that the “sorting of tobacco material does not contribute to increased production or consumption of tobacco”.

“In compliance with established corporate governance principles, it is the view of the Board of Directors that decisions concerning TOMRA Systems’ business portfolio and related activities lie with the Board,” the company wrote.

Vernon says he’s been receiving positive responses from other investors.

“A lot of the investors – institutional investors – they weren’t actually aware TOMRA had become involved in tobacco. They were appreciative to know that, and some were really surprised. Some are supportive of what we’re doing; others have basically just thanked us for raising it and said they’d do their own investigations.”

It is not expected that Australian Ethical’s resolution will gain the 50% of votes it needs to pass at the AGM. But for Vernon, raising the issue is a win in itself.

“We’re hopeful [of getting to 50%], but if we don’t, we’ll still end up with a very strong message being sent… Tobacco involvement really has lost a lot of support from both customers and investors, and companies should think seriously about getting involved in it.”

If the resolution fails, Australian Ethical will probably sell out of TOMRA, given their zero-tolerance approach to involvement with the tobacco manufacturing industry. However, there is scope for them to continue negotiating with the company through their revamped Shareholder Advocacy Fund, which has been specifically created for shareholder activism.

The fund began in 2010 as a climate advocacy fund, investing in a broad range of Australian companies. Recently, though, Australian Ethical has changed tactics. Instead of investing small amounts in many companies, it’ll pump its funds into shares of specific companies it’s trying to change. It’s also broadened its scope from being just about climate advocacy to also including causes like human rights violations and animal cruelty.

The fund holds $12 million, most of it raised through individuals who choose to put part of their superannuation contributions into the fund (it’s the superannuation company’s third most popular fund option, after it’s balanced and speciality small-caps fund). A separate fund gives Australian Ethical room to try to force change from within organisations without shifting the focus of its other funds or bleeding its own corporate revenues.

“As a philosophy, we’d rather change a company that we broadly like,” Vernon says.

This could have broader implications for Australian boards, which typically get heat from shareholders over shareholder returns and executive remuneration. But if Australian Ethical’s move into shareholder activism is taken up by other funds, businesses might soon have to defend their business practices on a far broader range of topics.