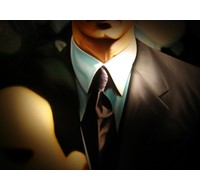 People’s respect is hard to gain, and very easy to lose.

What’s the easiest way to lose it? And for those new to leadership, how they can avoid self-destructing?

For nearly the past two years, LeadingCompany has been asking Australia’s leading corporate chiefs that very question.

After dozens of interviews, some common themes come out.

MYOB chief Tim Reed has led some companies that have done fantastically. But, when he was young and in Silicon Valley, he led a start-up that failed.

The experience taught him plenty about dealing with failure. One of the key lessons, he says, is that leaders should never pass the blame.

“Part of being a leader is being responsible for things. As soon as a leader abdicates responsibility, blames external circumstances, looks to pass the buck, they’re extremely diminished in being able to lead in the future.”

Cochlear chief Chris Roberts expressed a similar sentiment. He said it was a leader’s job to plan for the future, and never think they can leave things up to chance.

“A leader should avoid believing in hope,” he said. “It’s not a strategy.”

Several of the business chiefs we spoke to said leaders shouldn’t ever set limits on people’s creativity.

It was a sentiment echoed by Adrian McFedries, who leads Jetts Fitness, one of Australia’s fastest-growing franchises. “Just don’t use the word ‘don’t’,” he said. “It really discourages your team from thinking.”

Invocare chief Andrew Smith says you should never assume you have all the answers, and never tell people ‘you’re wrong’ as a way to end a discussion. “A good leader is a good listener,” he said.

For Internode founder Simon Hackett, the worst thing a leader can do is lie.

“It’s always better not to lie,” he says. “It’s that simple. Ten years of social media has told me that, as well as being a parent for slightly longer.”

Chris Flaherty, who until November was the Australia/New Zealand head of Treasury Wines, says people are smart, and will pick up on inauthenticity.

“We work in a service industry,” he said. “People are smart at all levels across the business and the industry. They work things out. So you’ve got to be true to yourself and the people around you, and to work through the solutions.

“Sometimes you won’t have the answers. I think the worst thing you can do is say ‘this is the answer’ when you haven’t got it yet. It’s much better to say, ‘this is the issue and I’m not sure what to do about it but we’ll figure it out’. Generally, thanks to our people, we do figure it out eventually.”

Don’t be ruled by your ego

“If you think you’re better than you are, someone should come along and whack you,” he said.

Nestle chair Elizabeth Proust agrees. She says the worst mistake a leader can make is to let their ego take control.

“We went through a stage of the leader as hero, where if you read their bio somewhere or in the magazines, it would effectively be, ‘I did this all by myself’.

“Certainly in the companies I have worked for, [your team are] there before you arrive, and they will be there long after you leave. Your role is to harness the team. The worst mistakes I have seen are where ego takes over.

“It all ends in tears unless people can learn from that. It is hard to be inspired, no matter how good the brand is and how good a place to work, unless you can identify with the leader. That is almost always your boss, and it is usually the head of the organisation as well. There needs to be some humility in leadership and too often, there is little or none.”

AMA Group chief Ray Malone says a good leader should never expect the unreasonable, and should realise their workers have homes and families too.

“I never humiliate people or anything like that,” he said.

“What I do that a lot of executives don’t do is apologise. I love it when my staff gang up on me – it’s fabulous. What it tells me is that the culture’s working. It’s the environment that I want. It’s better for the group.”