Australia’s most powerful chairmen tell: The four things keeping them up at night 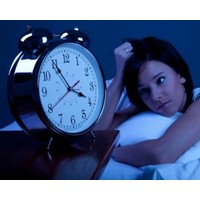 A fear of disruption, productivity concerns, and a drive to push into Asia are among the biggest issues taking up time in the nation’s largest boardrooms, according to a study released today by accountancy firm Deloitte.

Deloitte’s Board Effectiveness report has since 2005 asked 100 chairmen and CEOs from Australia’s biggest companies about their biggest challenges. The mainly ASX100 chairmen and CEOs (a few were in the ASX200) who participated filled out a survey, followed by an hour-long interview expanding on their answers.

In previous years (the study takes place every two years), productivity wasn’t in the top 10 issues boards dealt with, Deloitte NSW managing partner John Meacock told LeadingCompany. But this year, it was the top issue, identified by 42% of respondents as the one they would be dealing with in the next year or two.

Meacock says this concern was both for their company’s corporate productivity, as well as for Australia as a whole.

“There’s a view towards getting that bottom-line profit. [Boards] are asking, ‘how do I get efficiencies in my supply chain, and in my finances?”

In previous years, corporate growth has been the top concern. The recent focus on productivity is perhaps a sign that corporations haven’t been able to achieve the growth they wanted, and so are looking to squeeze as much out of their resources as they can, Meacock says.

He added that many chairs said they knew they could not “cut their way to growth”, and so viewed the current productivity focus as a short-term strategy.

Boards are concerned Australia is not an innovative country. In fact, they fear Australia is sceptical of innovation. In their interviews with Deloitte, many brought up the ‘tall poppy syndrome’ and the ‘cultural cringe’ in relation to innovation.

“Criticisms around decreasing tax incentives for R&D, a lack of venture capital funding, those things are always raised,” Meacock says.

“But what was surprising was this view around culture. There’s a perception that in the United States, sticking your head up and trying to be innovative is recognised and rewarded. In Australia, if you fail once, you’re seen as a black mark. Boards think Australians are early-adopters rather than innovative themselves.”

Meacock says the chairman surveyed saw innovation as incredibly important. “But I was surprised that more didn’t have specific programs to address it, or didn’t get enough reporting on it.”

Business strategy and a fear of disruption

In the previous years Deloitte has done the survey, boards tended to look ahead for three or so years.

Now, their focus is split on two time horizons – the next six months and the next six years. What’s driving this shift is a fear of how their industry could be disrupted by new technologies or innovations.

“They’ve looked at what happened to retail [with the rise of online shopping], and with the media. They now think every industry could get disrupted.

“Chairs and CEOs are spending a lot more time on the sustainability of their business model, and on revisiting their strategy. That came through pretty strongly.”

Australia’s paid lip-service to being part of Asia for the better part of 20 years.

But in Deloitte’s result, Meacock says they found a far higher level of awareness about Asia than in previous years.

“There’s quite a big change now. They’re talking about appointing Asian directors, or setting up an Asian office. There’s a recognition that they have to have an Asian presence.

Meacock says leaders like ANZ chief Mike Smith have made growth in Asia a key focus: “You can argue that it’s the likes of ANZ raising the bar.”