Avoid the Baillieu trap: Five lessons from the fall of a premier 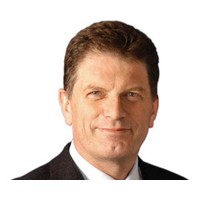 When politicians fail, they fail for all to see.

Most business leaders have the luxury of a little more privacy. But the result is the same. Like political leaders, they can be brutally removed, or forced out by circumstance.

Yesterday Victorian premier Ted Baillieu resigned. He didn’t immediately reveal the reason, but  commentators suggest he had lost the support of his party.

The reality for the former premier is that it all could have been avoided. Business leaders can learn some important lessons from the fall of Baillieu:

It’s a complaint made increasingly often over the past two years: true or otherwise, Baillieu was deemed a “do-nothing” premier.

Try Barry O’Farrell’s leadership approach. By taking bold decisions, without changing the landscape too much, the NSW Premier has stayed popular since his election in early 2011. Of course it also helps if your rivals are embroiled in vicious corruption hearings.

Don’t be too nice

Everyone knows the saying about nice guys finishing last. If there’s one thing that all today’s commentators agree on, it’s that Baillieu was a nice guy.

There’s nothing wrong with being likable but according to those in the know, Baillieu struggled to be the bad cop when he needed to be.

Leadership sometimes means being a bastard and making decisions that will be unpopular, with both colleagues and clients.

Take Qantas chief Alan Joyce, for example. His decision to ground the Qantas fleet made him one of the most unpopular CEOs of 2011. However, later that year he enjoyed a 71% increase in his salary and he’s still earning it two years later.

Former prime minister John Howard used to claim that Labor leader Kim Beazley simply didn’t have “the ticker” for the top job. Two election wins later, perhaps he was right. Maybe Baillieu didn’t have it either.

Don’t let your subordinates get out of hand

The resignation of Victorian MP Geoff Shaw yesterday morning was seen by some as the catalyst for Baillieu’s departure. Even if that’s not the case, allegations against Shaw of rorting taxpayer entitlements have been hanging over his leader for some time.

What Baillieu’s situation tells us is that you have to be firm with your subordinates. Prime Minister Julia Gillard’s problems with former Labor MP Craig Thomson follow a similar theme.

If someone is doing damage to your company’s reputation, cut first and cut hard.

If Shaw had been asked to resign earlier (or better yet, encouraged not to run), Baillieu might still be leading and the Victorian Liberal leadership wouldn’t appear beholden to an independent MP.

If you want proof of how much your communication strategy matters, take Baillieu’s fate as a cautionary tale. He lost control of his media message and he lost his job as a consequence.

Former Victorian premier Jeff Kennett pointed out what everyone already knew in the Herald Sun last year. “There’s not much point doing good things if nobody knows about them. [The Victorian government] also needs to develop a narrative about where it wishes to take Victoria,” he wrote.

Without a message to fill the void, the public filled it themselves. A firm direction and a clear message from your company are important if you don’t want someone else to do it for you.

Don’t pick a leader who isn’t ready to lead

In politics and business sometimes a stop-gap leader is required – a nice guy who might not be inspirational but who is likable and looks the part.

But the person needs to become a leader when the time arrives.

As Andrew Bolt wrote in the Herald Sun today, “[Baillieu’s] leadership crisis was caused almost entirely by his own diffidence and lack of vim, not to mention his appalling communications skills.”

Baillieu was not expected to win in 2010 and appeared unsuited for it when he did. When choosing a leader, make sure they are ready to be a leader during the good times and the bad.